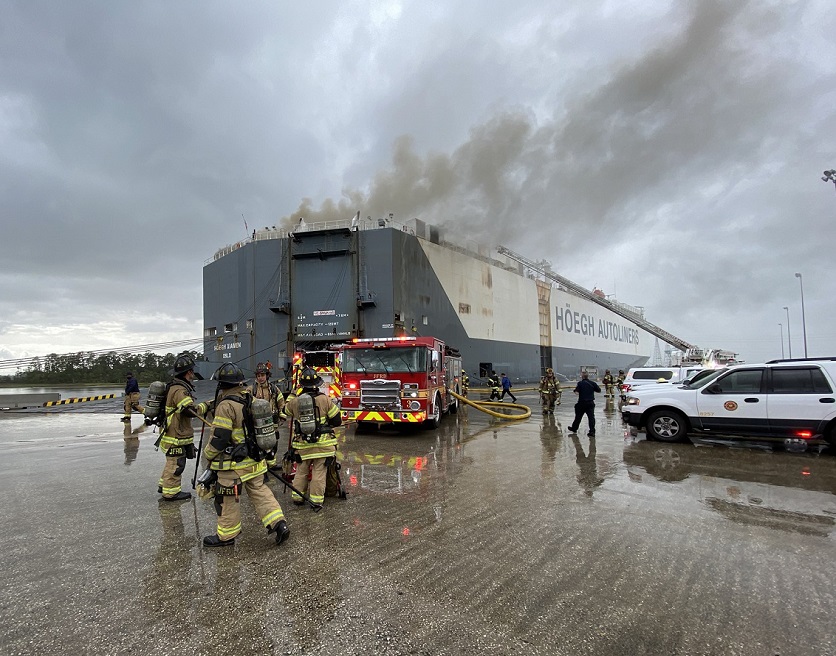 This monthly series follows significant fire, rescue, and emergency incidents that occurred in June and July 2020.

(Note: For the greater part of this period, these incidents occurred within a global environment of the COVID-19 pandemic and “Black Lives Matter” protests and conflagrations that followed the death of George Floyd in Minneapolis.)

Nine Jacksonville firefighters were hurt when a fire and then explosion rocked an auto hauler ship at Blount Island, according to the Jacksonville Fire and Rescue Department.

At 3:21 p.m. the Los Angeles City Fire Department responded to a reported structure fire in the 800 block of S. Kohler Street. Heavy fire ripped through a produce business in downtown Los Angeles, leaving the building in ruins.

At least seven people, including two firefighters, were injured after flames ripped through a Queens home in the Corona section early Wednesday, June 9, the FDNY said. The fire burned on the second and third floors.

Three people, including an eight-year-old girl, were killed in a multivehicle collision on NC 410 in Columbus County early Tuesday morning; four died. A 58-year-old woman  was lying on the shoulder of the road when first responders arrived and was run over by a fire truck.

A man and his 12-year-old son were killed in a house fire in Ulster County after the father pushed his young daughter to safety.

An explosion and fire aboard the USS Bonhomme Richard at the Naval Base in San Diego injured 56 people, according to military officials.

A tractor trailer carrying 8,800 gallons of diesel fuel overturned on the western spur of the New Jersey Turnpike in East Rutherford, creating a massive fireball.

MARY JANE DITTMAR is senior associate editor of Fire Engineering and conference manager of FDIC. Before joining the magazine in January 1991, she served as editor of a trade magazine in the health/nutrition market and held various positions in the educational and medical advertising fields. She has a bachelor’s degree in English/journalism and a master’s degree in communication arts.