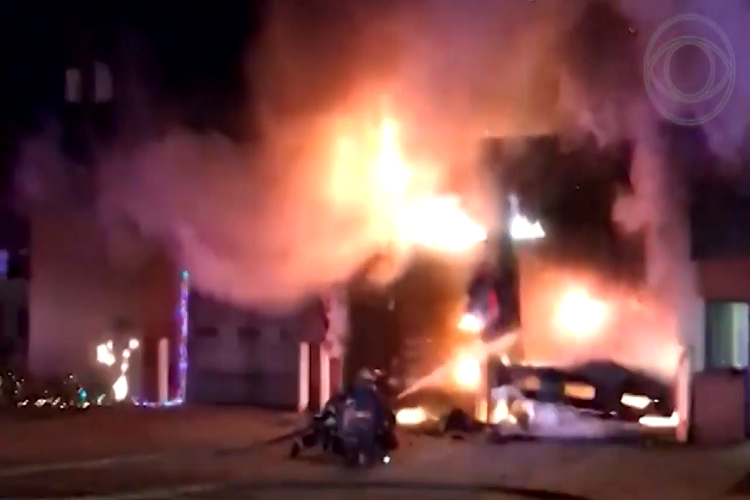 CBS New York reports that investigators are looking for the cause of the fire.

The fire began before 6:15 a.m. at the North Massapequa Fire Department headquarters at 1000 North Broadway.

A passing state trooper called in the alarm.

Fire Chief Joseph Pesale told CBS2 that he was able to drive a burned ambulance out of the firehouse.

Chief Pesale attempted to rescue other apparatus but explosions reportedly knocked him back.

Firefighters from several departments responded to the blaze.

One firefighter suffered minor injuries and was treated on the scene.

Officials did not suggest the cause of the fire was suspicious.