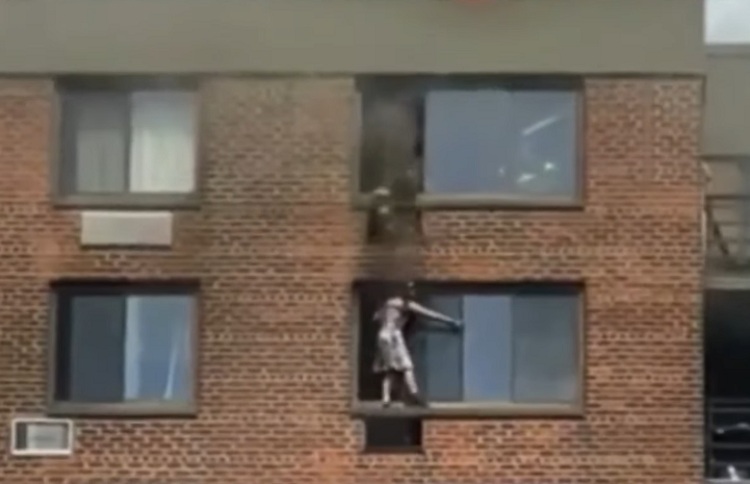 NBC New York – Video shows a brave woman hanging off the ledge while a fire blazes inside, Marc Santia reports.

CBS New York – FDNY crews used a rare rope rescue to save a woman who was hanging out the window of a high-rise apartment complex in Harlem during a fire Tuesday; CBS2’s Kiran Dhillon reports.

Eyewitness News ABC7 NY – The FDNY put a rarely used maneuver into action to save a woman who was hanging from a 16th-floor window during a high-rise fire in Manhattan.

FDNY: Two Rescues in the Sky

The fire was reported Tuesday near Lenox Avenue and West 135th Street just before 1:30 p.m.

Firefighters found a woman panicking at a window on the 16th floor and decided to do something they rarely do — a roof rope rescue from the 17th floor.

Firefighter Brian Quinn said he stayed at the window and tried to calm her down and told her not to jump and the FDNY would come and rescue her.