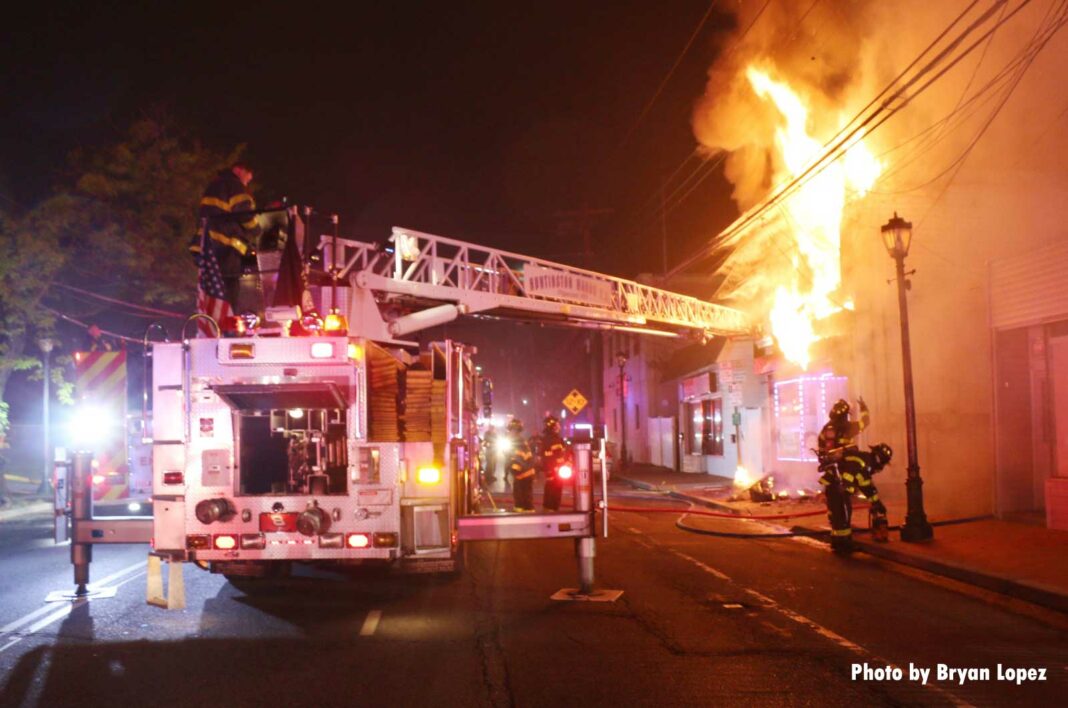 In the early morning hours of May 26, 2020 the Huntington Manor (NY) Fire Department was activated for a reported structure fire on New York Avenue.

Upon arrival, commanding units were met with fire showing from apartments on the second floor of a mixed occupancy building. A working fire was transmitted and mutual aid was brought in from Huntington and Greenlawn to the scene.

Multiple attack lines were put into operation, and crews faced Collyer’s Mansion conditions inside the structure. The fast-moving blaze gutted the apartments above the storefront, and  badly damaged the business below. Prior to fire department arrival, two Holtsville volunteer firefighters, Mike Haggerty and Matt Berube, who were on duty as Suffolk County Police officers in the 2nd precinct at the time of the incident, were involved in saving multiple occupants from the blaze.

Officer Berube entered the building from a street level entrance, climbed the stairs to the second floor, located a woman, and safely escorted her out of the building, unharmed. Officer Haggerty then climbed a ladder to the roof from the rear of the building and carried a six-year-old child to safety. A total of five occupants were taken to a nearby hospital for evaluation. The fire was under investigation by officials.