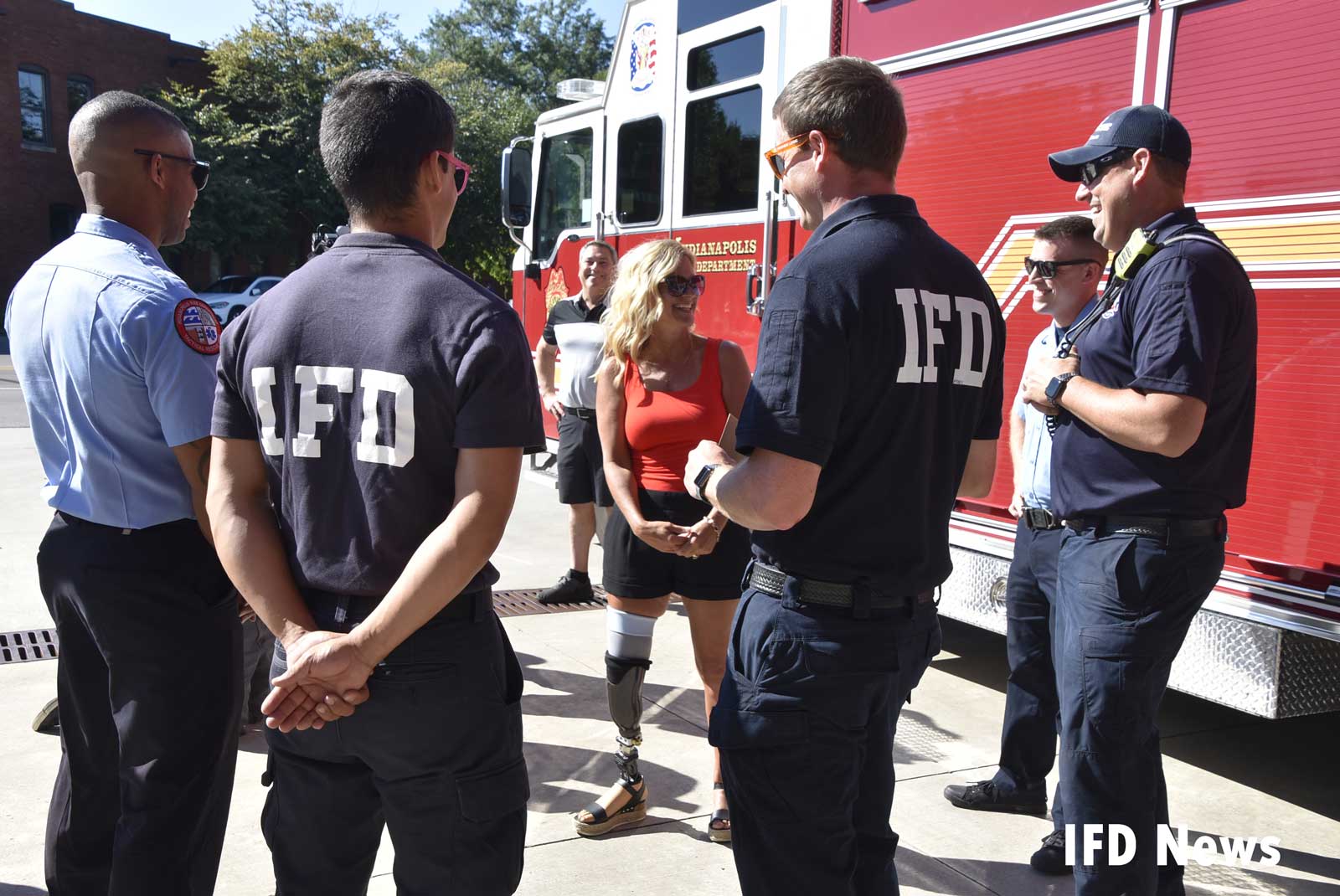 Photos and info from Rita Reith

After a two-hour training exercise on Geist Reservoir last week, Indianapolis Fire Department (IFD) Tactical Team 7 was back at the dock putting their boats on the trailer, when officers from the Indiana Department of Natural Resources (DNR) approached them. A female boater was enjoying the day on her family’s anchored pontoon boat when she accidentally lost her titanium/carbon fiber leg, valued at $20,000.

Without hesitation, the crew gathered their dive equipment from the Rescue truck and hopped into DNR’s boat.  With help from the owner of the leg, the crew was able to assess a general “last known location” and begin the search.  The IFD dive team and tenders conducted a boat-based dive and, when subsurface, utilized a sweep pattern. Each of the three divers spent about 20 minutes in zero visibility attempting to locate the lost leg.  They were successful in locating sunglasses, an anchor, and multiple beer bottles, all of which in zero visibility felt like they could be the leg, to no avail.  After an hour, the divers and DNR were about ready to call off the search, but on the final pass for the third diver, the leg was located 20 feet down about 100 yards off shore.

It was all smiles for both the firefighters, DNR officers, and the very grateful family, who, despite the potential loss of a very valuable item, maintained a sense of humor and were extremely helpful by staying on scene and near the last known location.  The family subsequently stopped by IFD Station 7 to meet with the divers and crew who recovered the prosthetic leg and reiterate their thanks.

One Dead, One Critically Injured After IN Apartment Fire