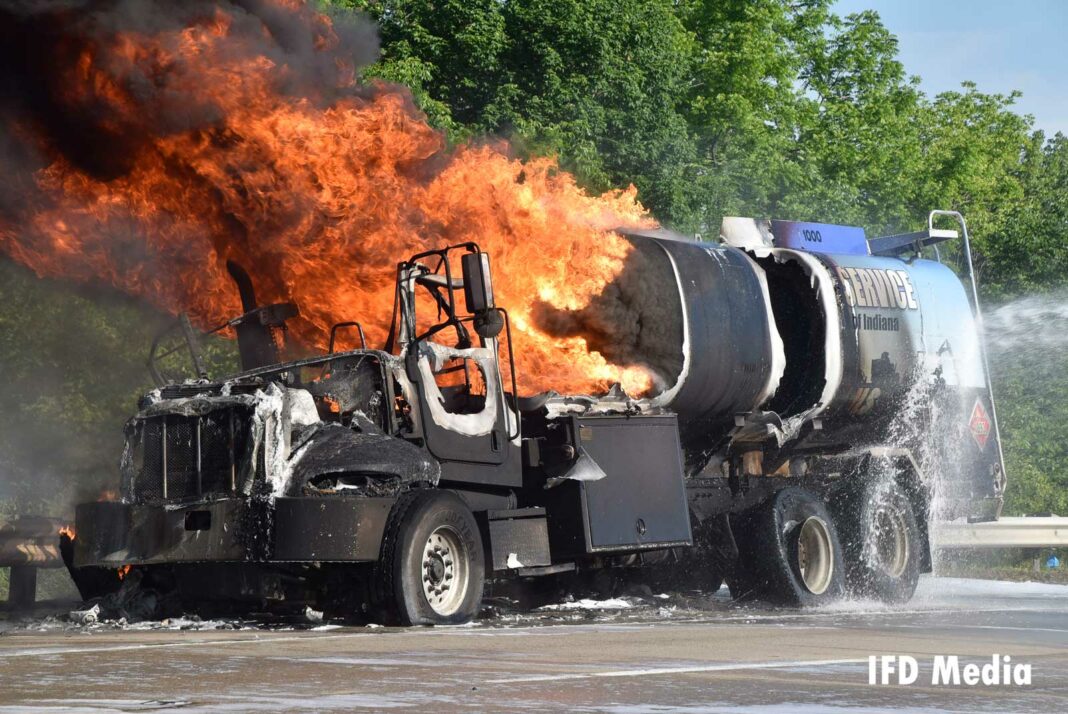 Report and photos by Rita Reith

One firefighter was injured during the response to this diesel fuel tanker truck fire in Indianapolis, Indiana.

Indianapolis Fire Department crews responding to the fire on Saturday, June 6, 2020, used a combination of water and a cooling agent foam to extinguish fire in the 3,000-gallon tanker. The driver of the truck, unharmed, told firefighters that he believes the drive shaft came loose and punched a hole in the tank. He heard a loud bang, pulled over, and jumped out the truck.

Water supply was established through the use of the tanker trucks and dump tanks. Tanker 55 holds 4,000 gallons of water and made six trips to fill and dump. While firefighters worked to control the fire in the truck and surrounding vegetation, crews also spent a considerable amount of time working on the guardrail, which caught fire as well. Indy hazmat teams used absorbents to contain as much of the runoff as possible.