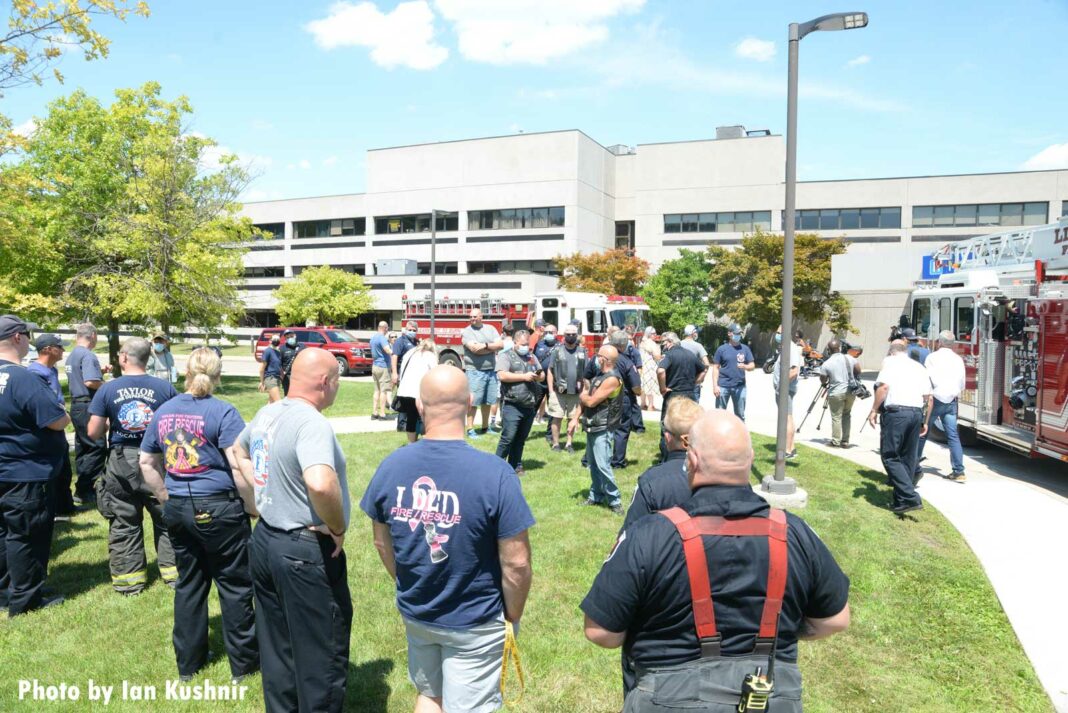 A Lincoln Park (MI) firefighter has been discharged from the hospital after he was injured in an apparatus-involved accident that also injured another firefighter.

Fire photographer Ian Kushnir provided some photos of Captain Doug Vance leaving the hospital and being greeted by a crowd of supporters.

He and another firefighter were injured when a semi struck the fire truck they were traveling in on July 10, 2020, according to WXYZ. According to the report, the members were responding to a prior incident on I-75 when the accident occurred.

Roadway Incident Operations and Safety: A 20-Year Review and a Plan for the Next 10 Years