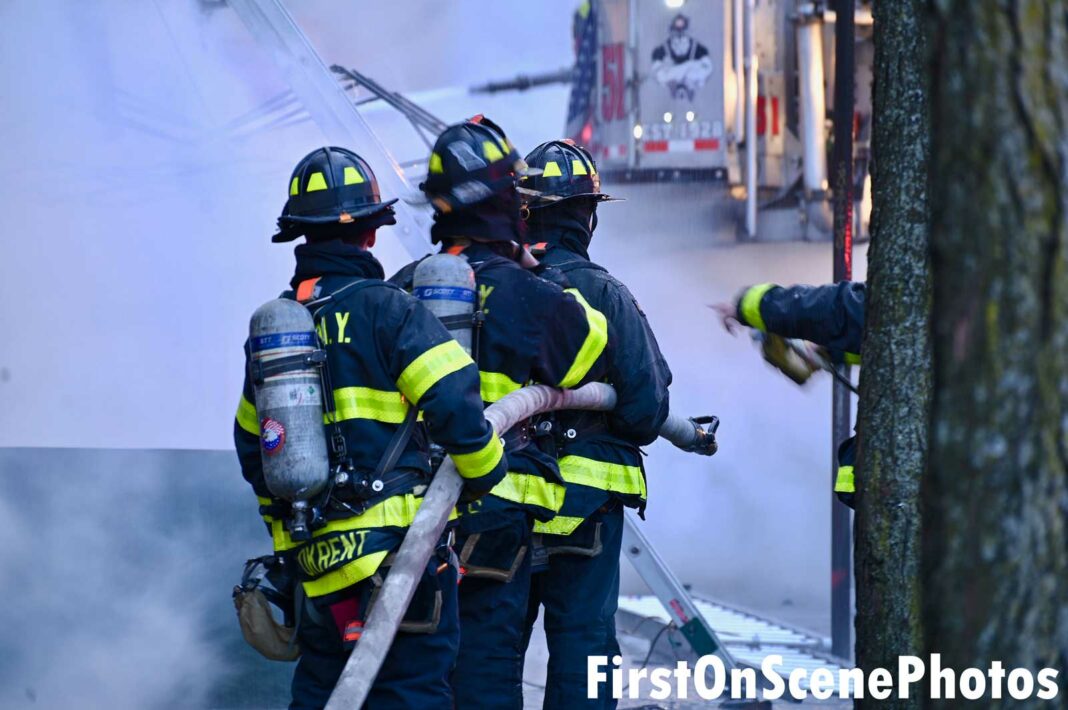 Fire Department of New York (FDNY) firefighters battled a fierce three-alarm fire in a row of taxpayers on Westchester Avenue in the Soundview section of the Bronx in the early morning hours of Thursday, January 28, 2021.

The fire was believed to have originated in a corner store but quickly spread to the adjoining businesses and eventually to the second-floor occupancies.

Companies from surrounding boroughs were summoned to the scene and the incident took more than three hours to bring under control.

During the blaze, a female FDNY EMS paramedic was sexually assaulted by a male civilian. Police were able to apprehend the man and take him into custody.