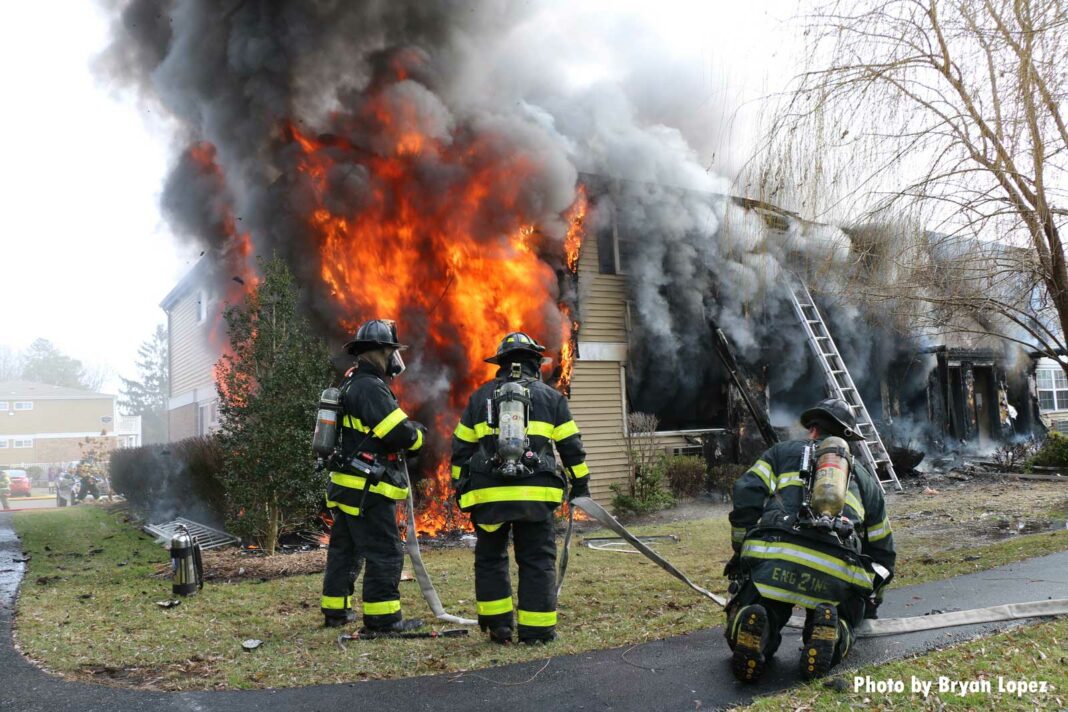 On the morning of January 1, 2021, the Lakeland (NY) Fire Department was activated for a reported residential structure fire at the Colony Park Apartments on Peconic Street. The Suffolk County Fire-Rescue dispatch center was taking numerous calls from nearby neighbors reporting smoke and flames coming from a large two-story building which houses multiple units.

The fast moving blaze made its way into the common attic space and traveled to the end of the building. The fire ripped through at least six units and badly damaged the entire structure. Crews battled the stubborn fire for over two hours before it was placed under control.

Firefighters can be seen rescuing multiple pets from the blaze. Dozens of residents were displaced, but no injuries were reported. The cause of the fire is currently under investigation by officials.

Round Thirty-One Of The Assistance To Firefighters Grants To Aid America’s...