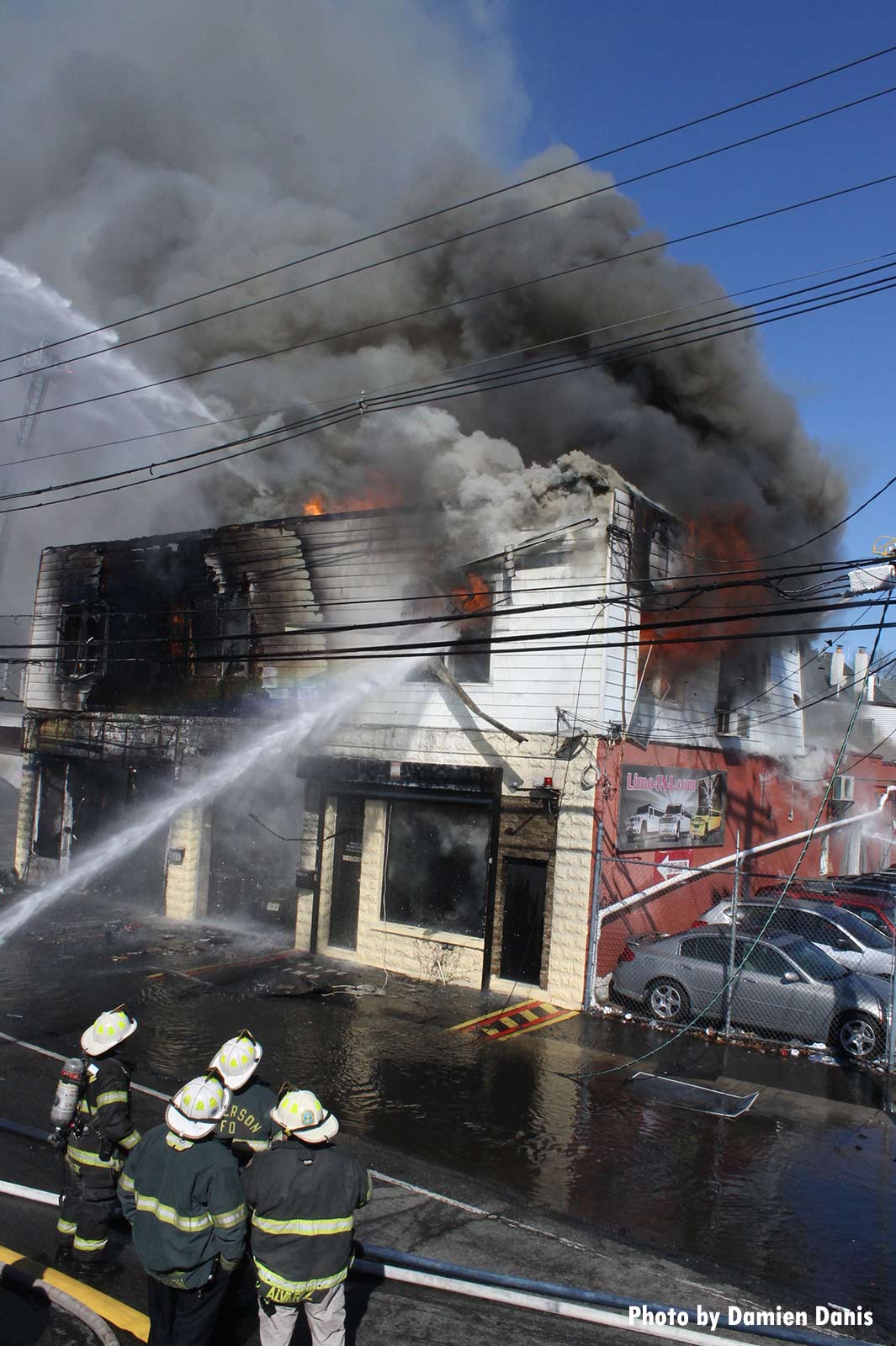 Paterson (NJ) firefighters battled a raging fire on the morning of March 16, 2020. The fire occurred at an auto body shop in the Market Street off Route 80 around 9:30 a.m. As first-due companies arrived, heavy fire was already venting from the front bay doors of a building that included limo rental company Limo4NJ and an auto body shop.

A second-alarm was quickly struck as heavy fire took hold on the ground floor. As the fire quickly spread a third-alarm was struck, bringing more companies to the scene. According to Chief of Department Brian McDermott, there were cars inside the auto body shop along with tires and vinyl, which temporarily complicated firefighters’ efforts. There were “several” explosions inside the building, although McDermott could not confirm if the explosions were caused by gas tanks.

As companies were on the roof of the building a Mayday was transmitted after a firefighter fell through the roof. The firefighter was able to self-evacuate and was not injured. As conditions worsened a fourth-alarm was struck, bringing mutual aid units to the scene. A massive smoke loom in the air could be seen from a few miles away and heavy fire vented through the roof of the building, sending embers all over the neighborhood. Master streams from several deck guns as well as ground monitors flowed, along with Paterson Truck 1 and 2’s tower ladders, and Ladder 3’s ladder pipe. Passaic Truck 1’s tower also operated.

The fire went to a fifth-alarm shortly after 11:00 A.M. Mutual aid from Haledon, Passaic, Clifton, and Little Falls assisted on scene. The blaze was placed under control within two hours and no serious injuries were reported. The cause has been determined and the fire is under investigation, according to Chief McDermott.