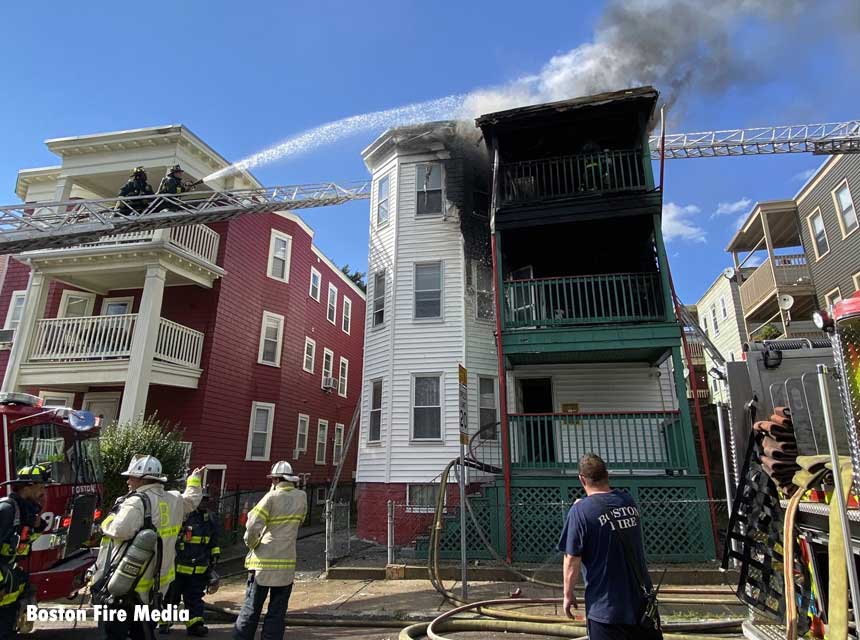 Boston (MA) firefighters responded Tuesday afternoon to a fire that went to two alarms in the Dorchester section of town.

Crews responding at approximately 4:00 p.m. found heavy fire showing from a three-family occupied dwelling at 567 Park Street. Fire went through the roof, according to the department’s Twitter account, and heat damaged a neighboring home.

All residents managed to escape, and firefighters had the fire knocked down in about a half hour. Members had to battle the hot and humid conditions as well as the fire, with command rotating members to keep them fresh.

Damage was estimated at $500K, with no injuries reported.