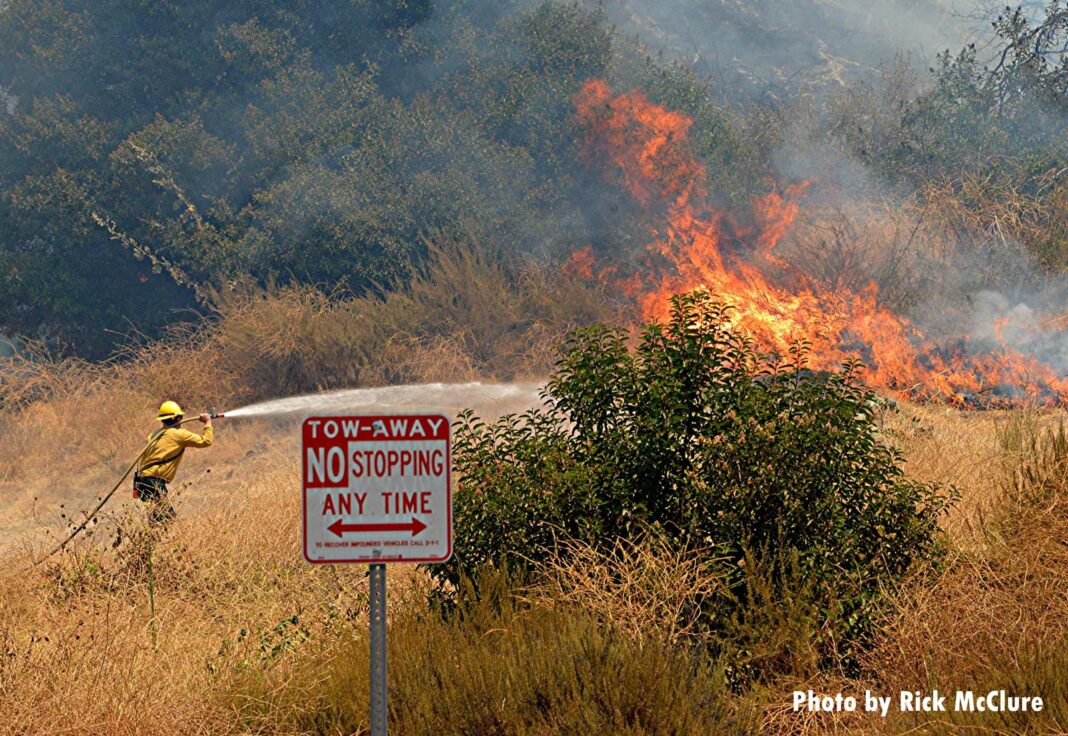 Photos and info by Rick McClure

At 1:09 p.m. on July 31, 2020, the Los Angeles City (CA) Fire Department (LAFD) responded to a reported brush fire in the 8100 block of W. Ellenbogen Street. The first-arriving fire company reported approximately two acres burning at a moderate speed. Fire attack was immediately initiated while the water-dropping helicopters redirected from a separate brush fire to provide an aerial attack.

Within two hours, the fire was 40-percent contained and all forward progress was halted. By early evening, firefighters had transitioned into a mop up and fire watch mode. The fire was held at 20 acres and destroyed one shed. No homes or businesses were damaged.

One LAFD firefighter was treated for a minor lower-leg injury. LAPD and the LAFD Arson Section detained one adult male for further questioning as part of an ongoing investigation.