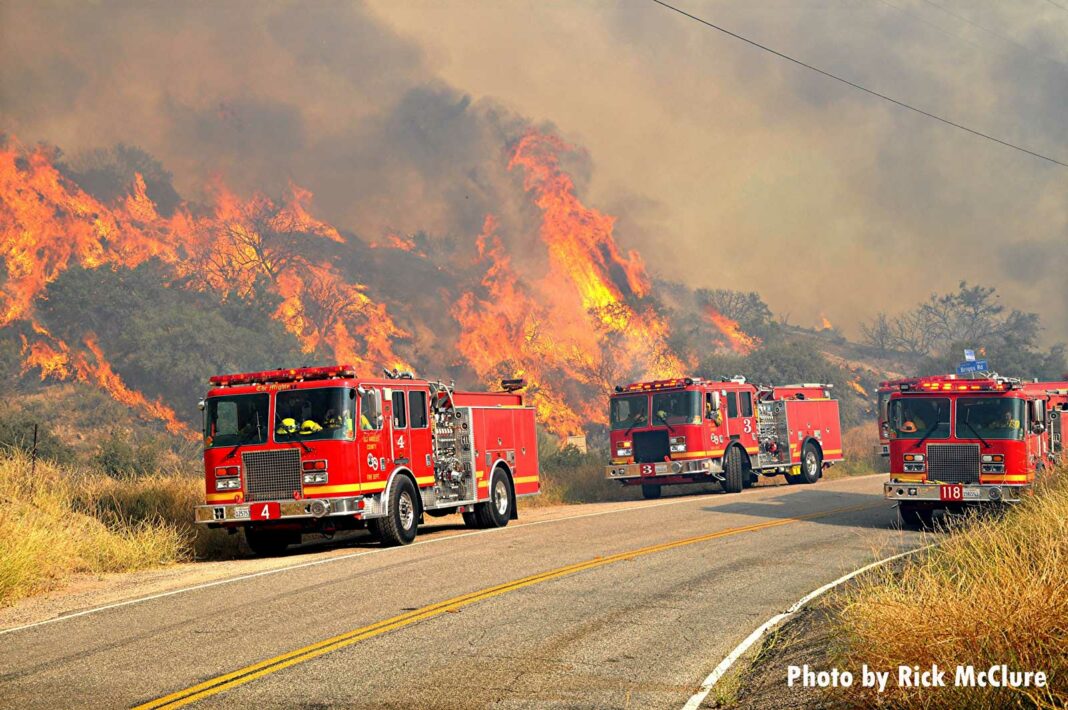 Fire photog Rick McClure shared some photos of firefighters operating at the Soledad Fire, a wildfire that began on July 5, 2020, and has burned nearly 1,500 acres in the vicinity of Soledad Canyon Road and Agua Dulce Canyon Road in Los Angeles County, California.

According to a report, the fire in Santa Clarita prompted evacuations and temporarily closed a freeway.