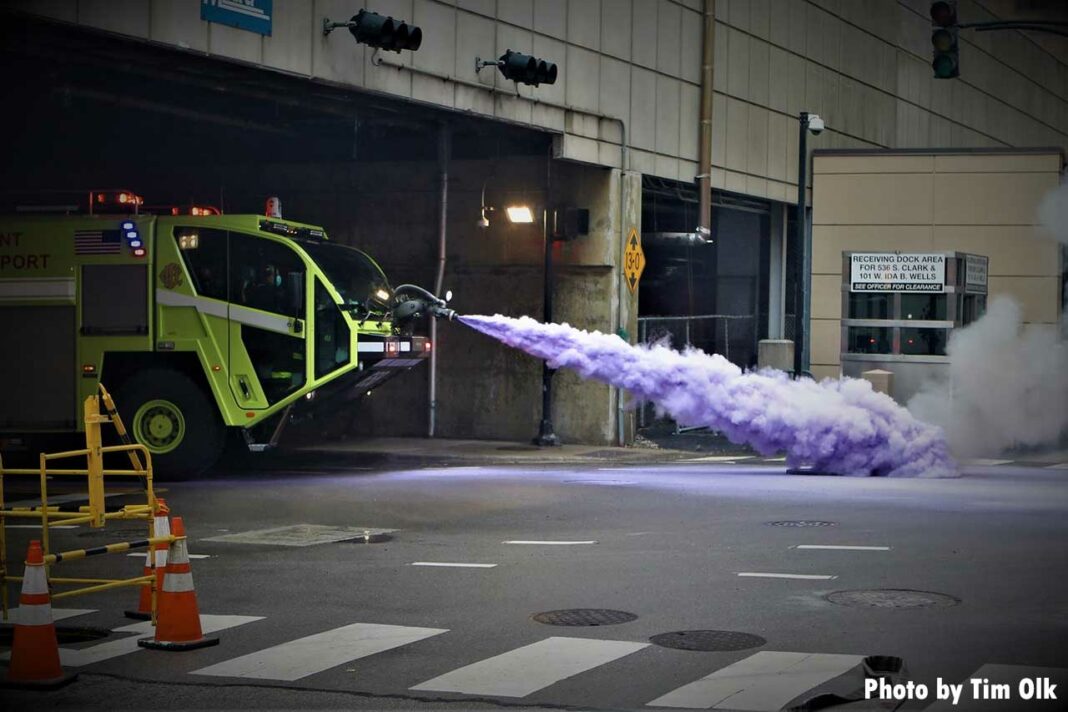 Fire photographer Tim Olk shared some photos of Chicago firefighters responding to a Level 1 hazmat response to an electrical vault fire at LaSalle and Harrison.

The fire on Thursday, May 14, 2020, left several downtown buildings without power, according to a report from the local CBS affiliate.

Photos show thick smoke billowing up from the site. The report said crews from O’Hare International Airport responded with dry chemicals and foam to put out the fire.

Olk indicated that firefighters also had to rescue people stranded in an elevator in one of the buildings that had lost power.

Air Force Firefighter is Part of the Family