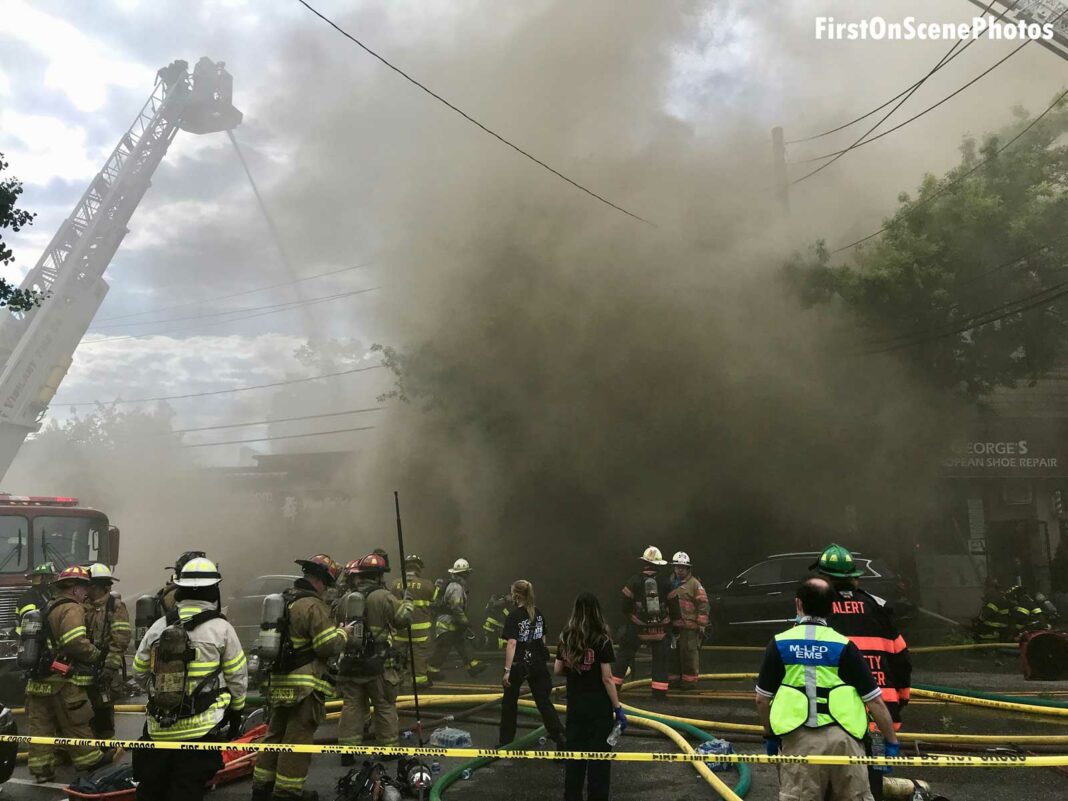 A five-alarm fire that may have started as a large rubbish or brush fire destroyed a row of businesses on Cutter Mill Road in Great Neck on Long Island, New York.

Fire companies were called to the scene just after 4:00 p.m. on Thursday afternoon, June 25, and found a heavy smoke condition in the rear of the three taxpayers just north of the village plaza.

The blaze began to extend into the buildings and mutual aid assistance was quickly summoned.

The flames spread rapidly throughout the one-story complex and tower ladders were eventually set up as the fire began to burn through the roof.

Multiple handlines were deployed as the blaze took more than two hours to bring under control.

There were no serious injuries reported at the scene.

Official: Firefighter Who Collapsed in Wichita (KS) Call Alive Thanks to Quick Action