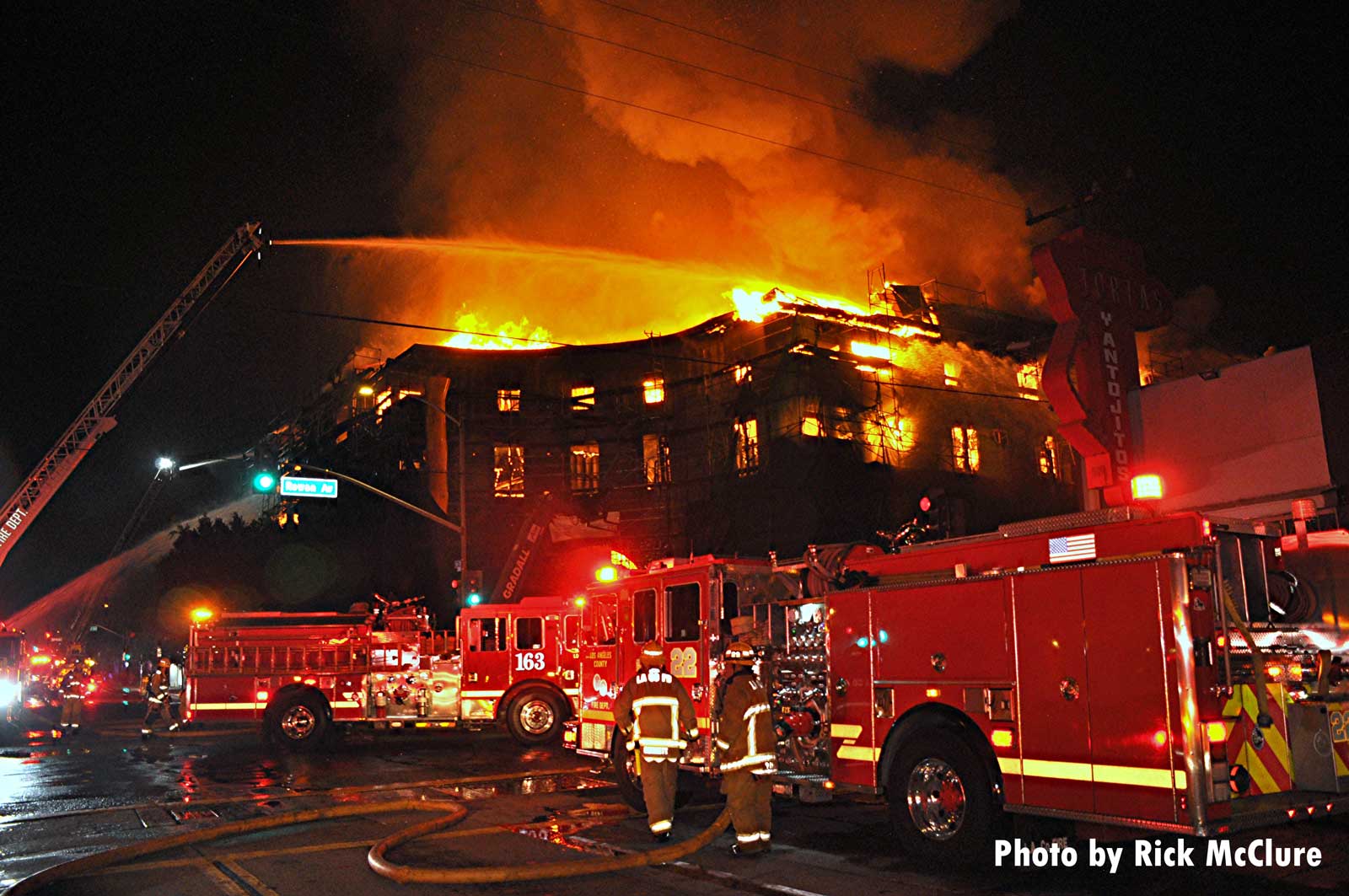 Fire photographer Rick McClure shared some photos when firefighters from Los Angeles County and the Monterey Park (CA) fire departments battled a huge fire in a housing complex under construction.

On September 16, 2020, the fire in the 62-unit housing complex also damaged a historic pre-1933 theater and a house at 1st St. and Rowan Avenue. The fire was declared knocked down more than nine hours later.

A teenage boy was detained for questioning in connection with the fire. Nearby residents were evacuated. There were no immediate injuries reported.