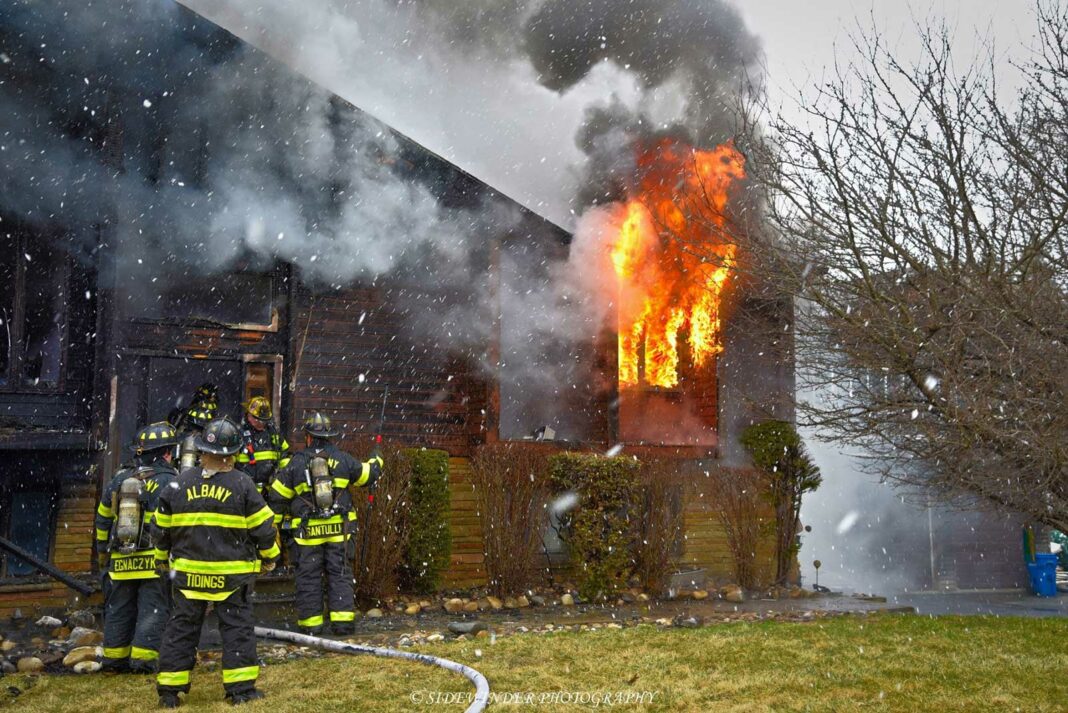 Firefighters operating at a house fire earlier this week in Albany, New York, had to contend with a broken water main, according to Sidewinder Photography.

Albany (NY) Fire Department companies responded on the afternoon on March 23, 2020, to a reported house fire. On arrival, firefighters found a two-story wood frame home that was heavily involved, and firefighters found flames impinging on two propane tanks on scene.

As firefighters connected to a nearby hydrant, the water main broke, causing significant water supply issues. At the 10-minute mark, operations were declared to be exterior only.

Firefighters ultimately established a secondary water supply, but at about 25 minutes into the incident the home’s roof collapsed. Firefighters were able to control the fire in about 45 minutes, and no injuries were reported.