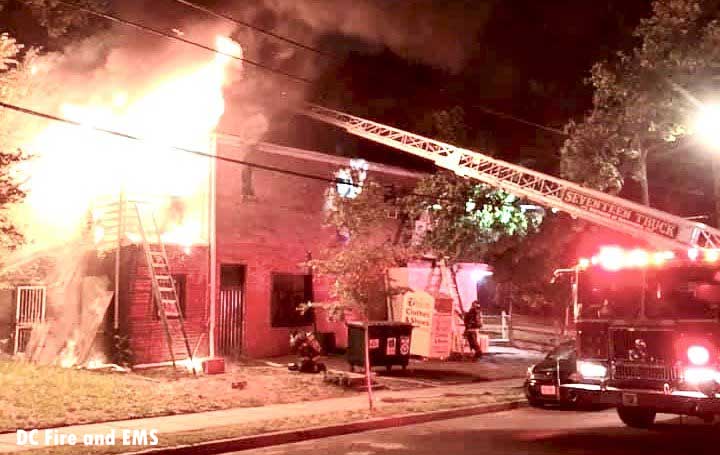 D.C. Fire and EMS companies responded this morning to a working fire in the 500 block of 42nd St NE.

Photos posted on the department’s Twitter account show the conditions firefighters encountered at the scene of what appeared to be a mixed-use building. According to the department, one firefighter subsequently reported a nonlife-threatening injury and was transported.