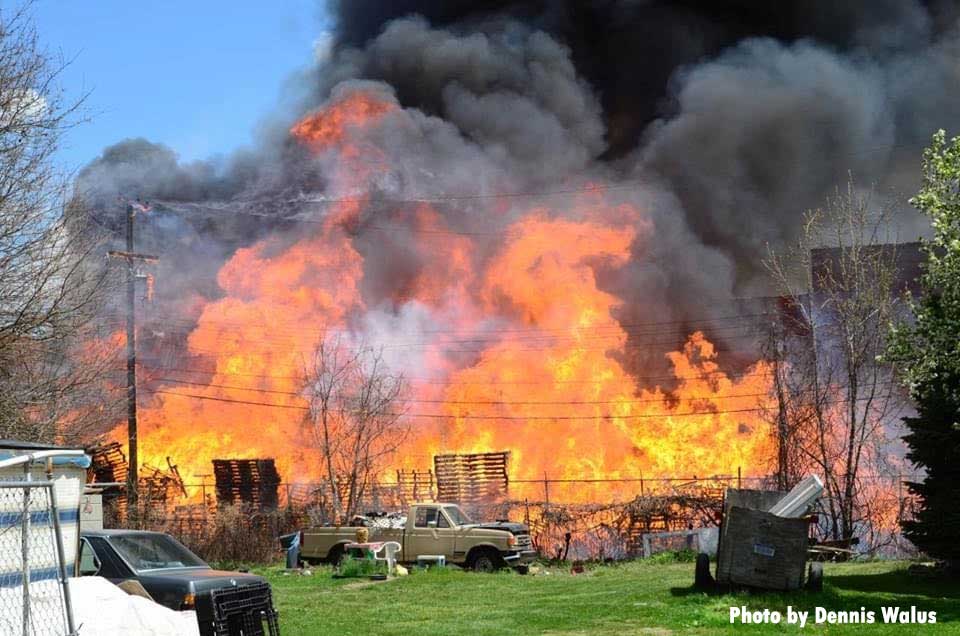 A wind-whipped fire in a pallet yard spread to various structures yesterday in Detroit, Michigan, leading to one firefighter being injured, according to reports. Fire photographer Dennis Walus shared some photos from the scene.

The Detroit News reported that embers spread the fire to vacant homes, occupied buildings, and a bus garage in downtown Detroit. Sixty firefighters responded to the scene, with one sustaining minor burn injuries. The initial response was around 11:30 a.m. and firefighters worked at the scene putting out hot spots until about 7 p.m., the report noted.