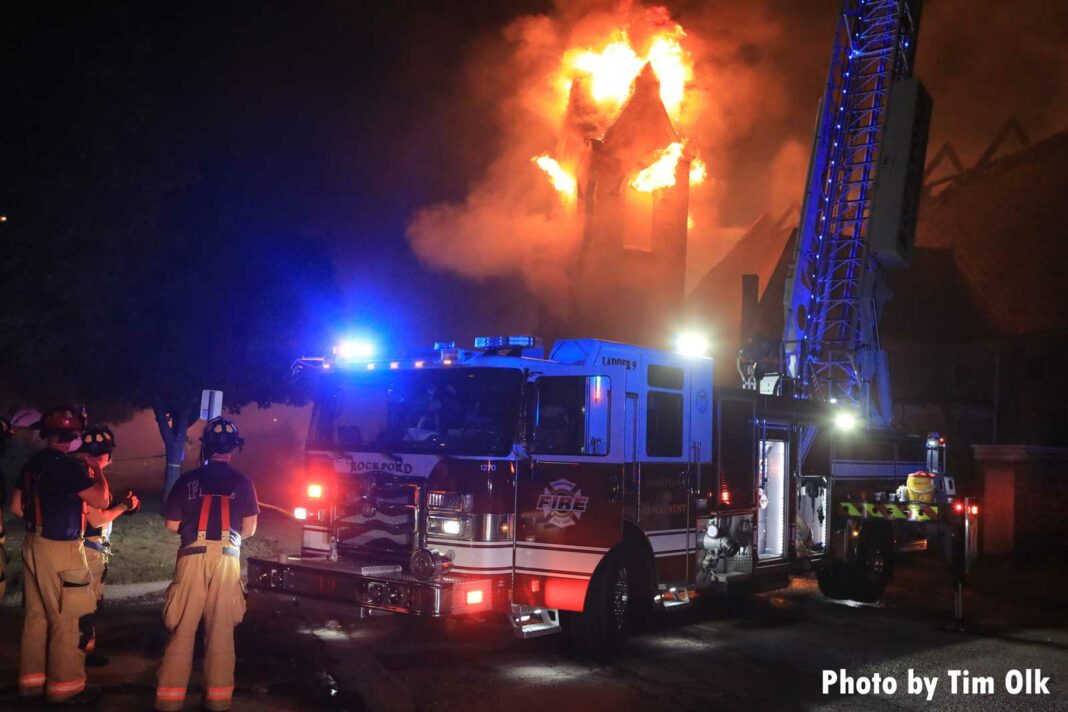 Firefighters responded to a three-alarm fire that destroyed an historic church in downtown Rockford, Illinois, and fire photographer Tim Olk shared some photos from the scene.

The Rockford Masonic Cathedral, also known as the Metro Christian Center, is reported to be a total loss after the Wednesday night fire, Rockford Fire Department officials told reporters for WTVO.

There were no reported injuries, and the cause of the fire is under investigation.