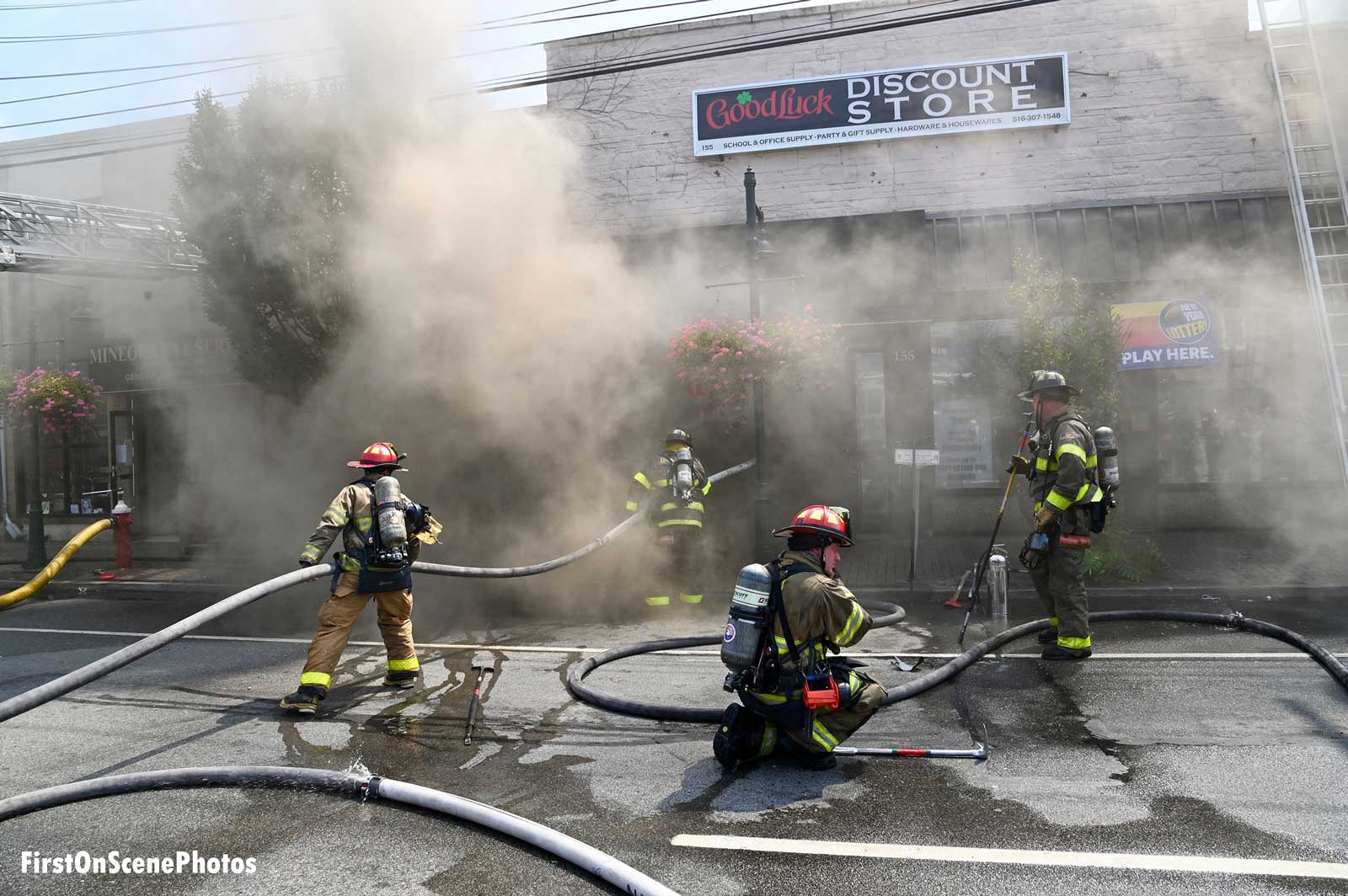 The blaze broke out in a popular village restaurant on Jericho Turnpike near Willis Avenue around 12:45 p.m.

The two-story mixed occupancy contained apartments on the second floor with all the residents, including three small children, able to escape without injury.

The fire quickly spread into the cockloft and then to adjoining buildings.

The incident was brought under control after almost three hours of fire operations with four minor injuries to firefighters reported.

Tensions Between San Francisco Police and Firefighters After Asiana Crash