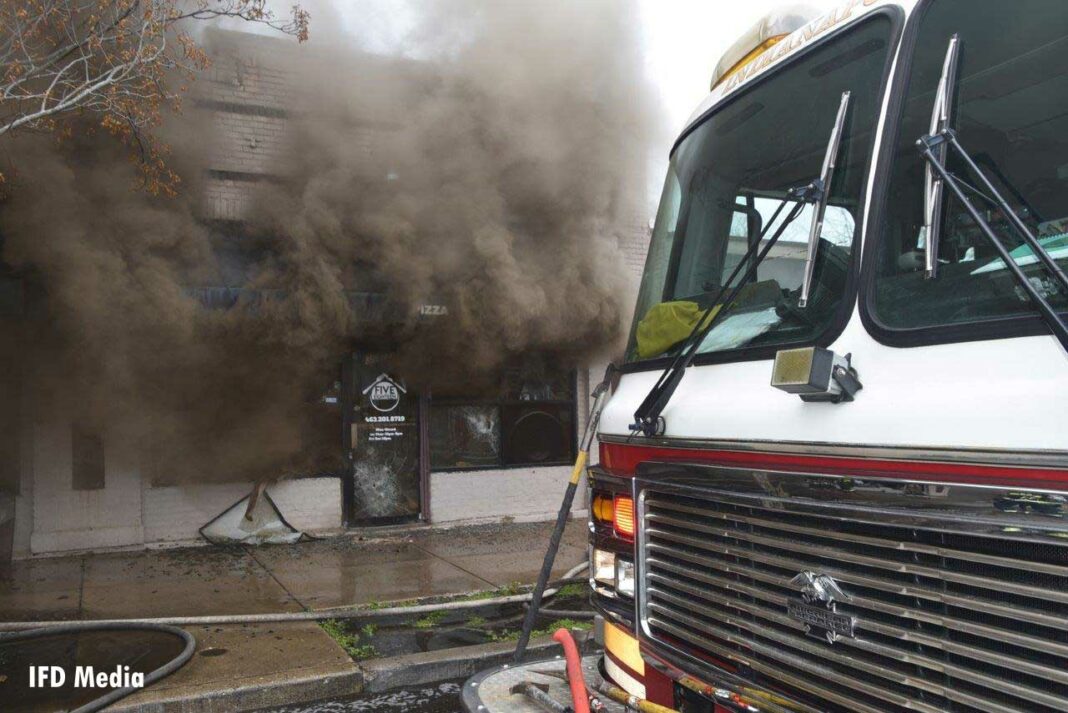 An Easter Sunday fire ravaged a building containing three businesses and a ministry in Indianapolis, Indiana.

The owner of the building told firefighters that he lives in the rear of the building and was unaware it was on fire. He was awakened and notified to evacuate by a friend. The pastor of the Tree of Life Ministries told investigators that there were four to six people inside the church conducting a virtual service and noticed smoke in the ceiling when they fled.

A total of 26 Indianapolis Fire Department units were dispatched at 11:41 a.m. to the fire in the single-story structure. Companies found heavy smoke showing, and command ordered defensive operations after about 15 minutes, pulling firefighters from the building.

The local utility cut power to the scene and water pressure was boosted to the area at around noon. A partial building collapse occurred during the incident.