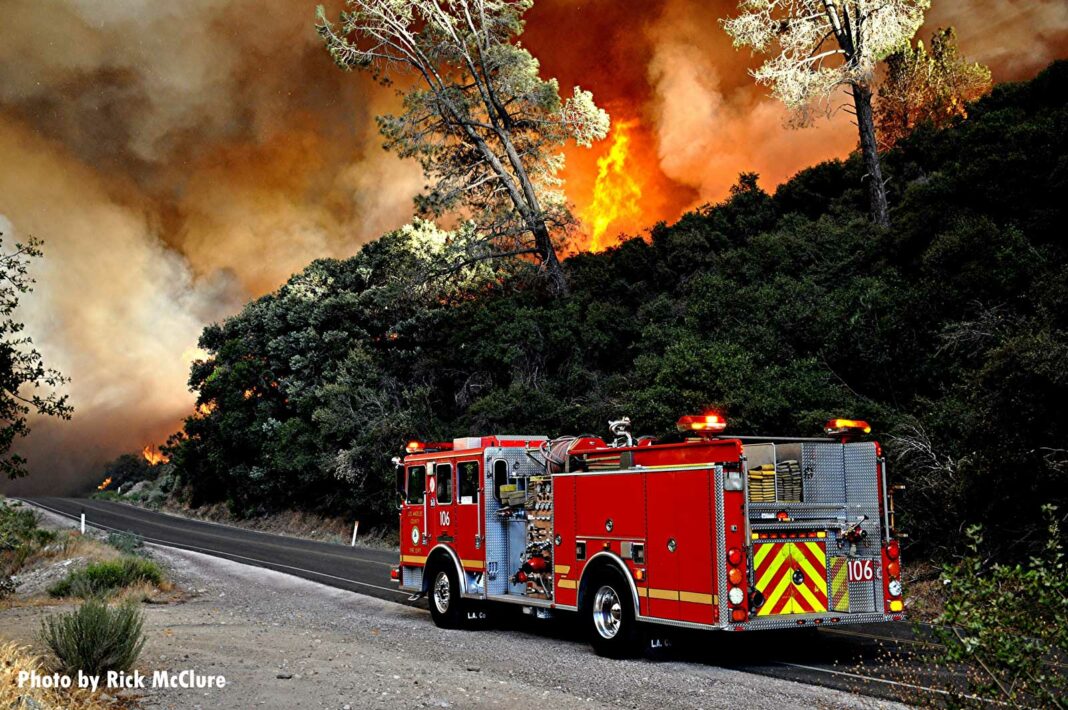 Firefighters in California continued their battle against the Lake Fire in the Los Angeles area even as numerous fires continue to burn across the state. Fire photographer Rick McClure offered some photos of crews on the lines.

According to a report from SCV News, containment on the fire was up to 48 percent as of Thursday. The fire was burning more than 27,000 acres and 1,977 fire personnel were assigned to it.

More than 1,300 structures were still threatened by the fire, which had destroyed a dozen buildings and damaged six others. There had thus far been one injured associated with the fire, which began August 12, 2020.