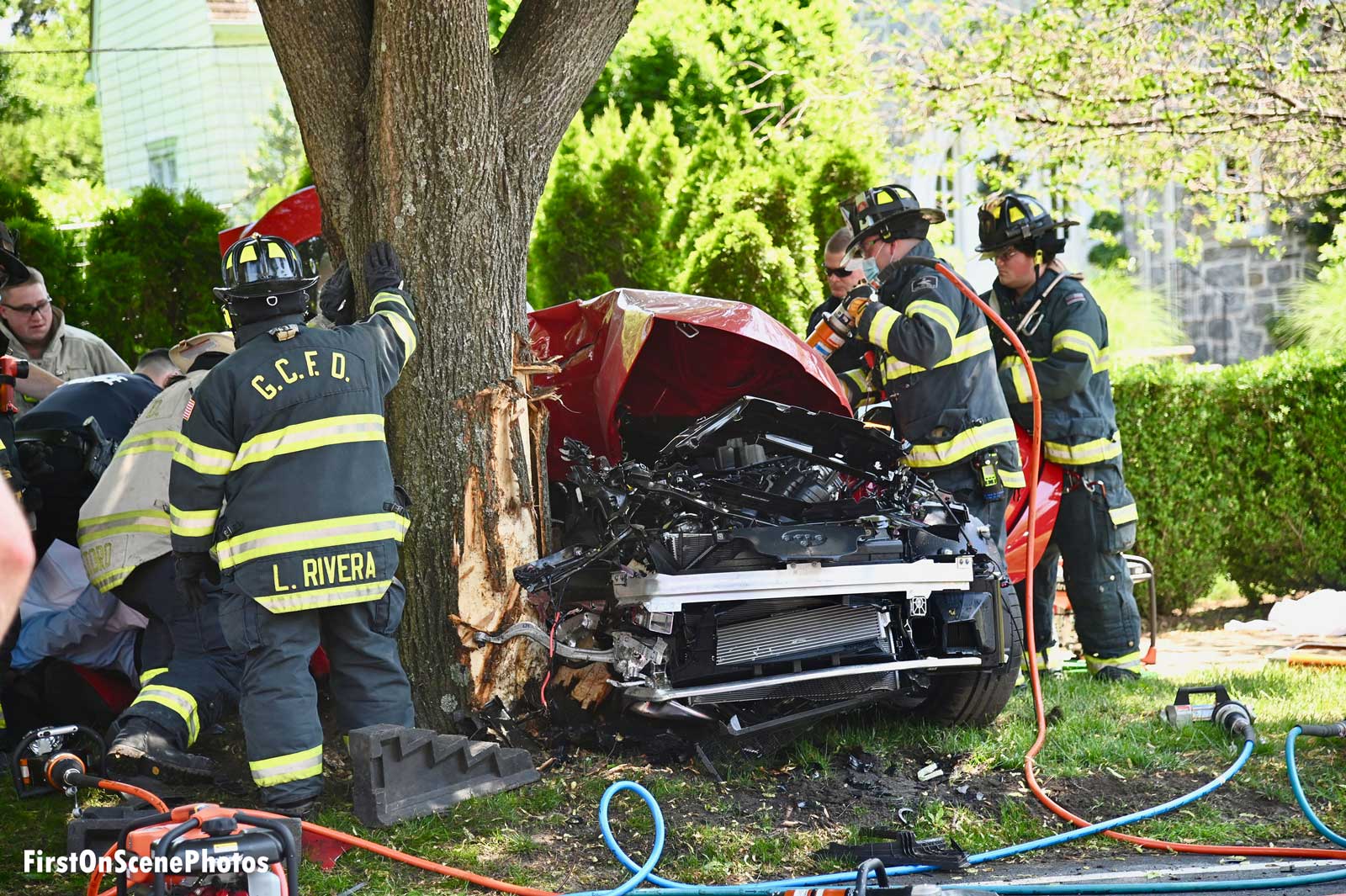 Photos and information from FirstOnScenePhotos

Two people were injured, one seriously, in a single-vehicle crash on Cathedral Avenue between Fourth and Fifth Streets in Garden City just before noon on Tuesday, June 9.

A red Toyota sedan traveling northbound on Cathedral Avenue lost control and smashed into a tree near the side of the road.

Pieces of the vehicle were found more than 100 feet from the crash site.

Two people were in the car at the time of the accident with the driver being able to escape. The passenger was pinned in the passenger seat for more than 20 minutes while Village firefighters and Nassau County Emergency Service personnel used multiple tools to free the trapped occupant.