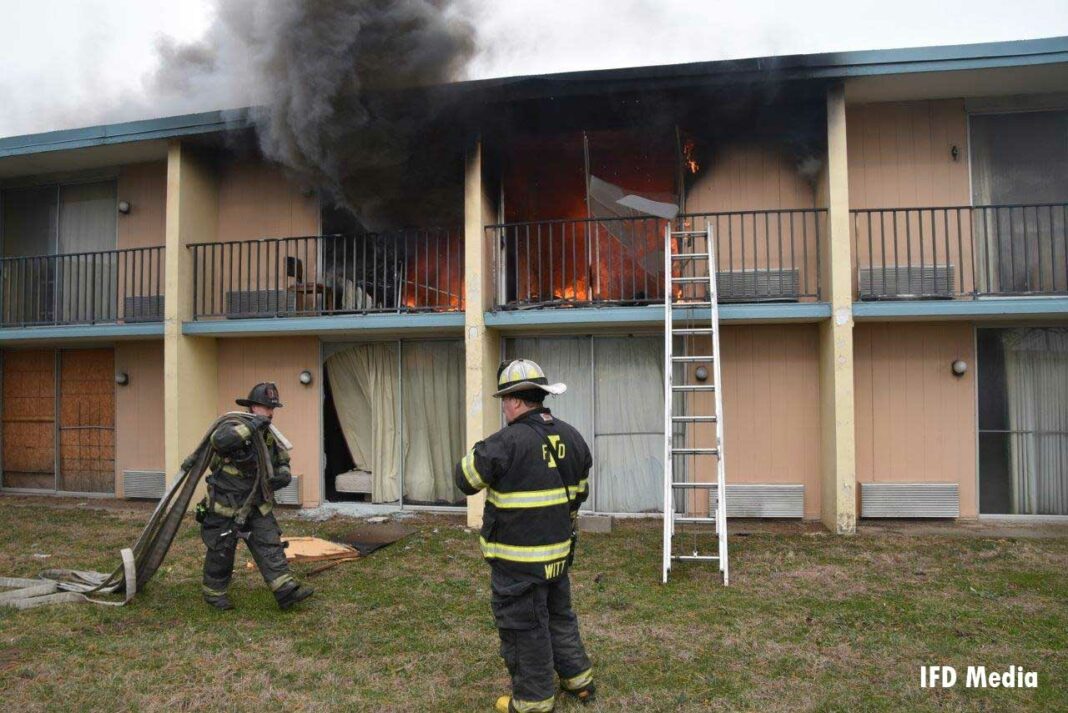 Photos and information from Rita Reith

Indianapolis (IN) firefighters were joined by units from Decatur and Wayne Township to battle a fire Friday, January 17, in an abandoned motel.

The fire was located in second floor units of the former site of the Best Inn Motel. Crews had reports of people trapped at the scene, but primary and secondary searches were negative and the entrapment deemed unfounded.

Fighting Fires in Hotels and Motels: There Are Some Differences!

There were no working smoke alarms at the scene. No firefighters were injured, and an investigation is ongoing.