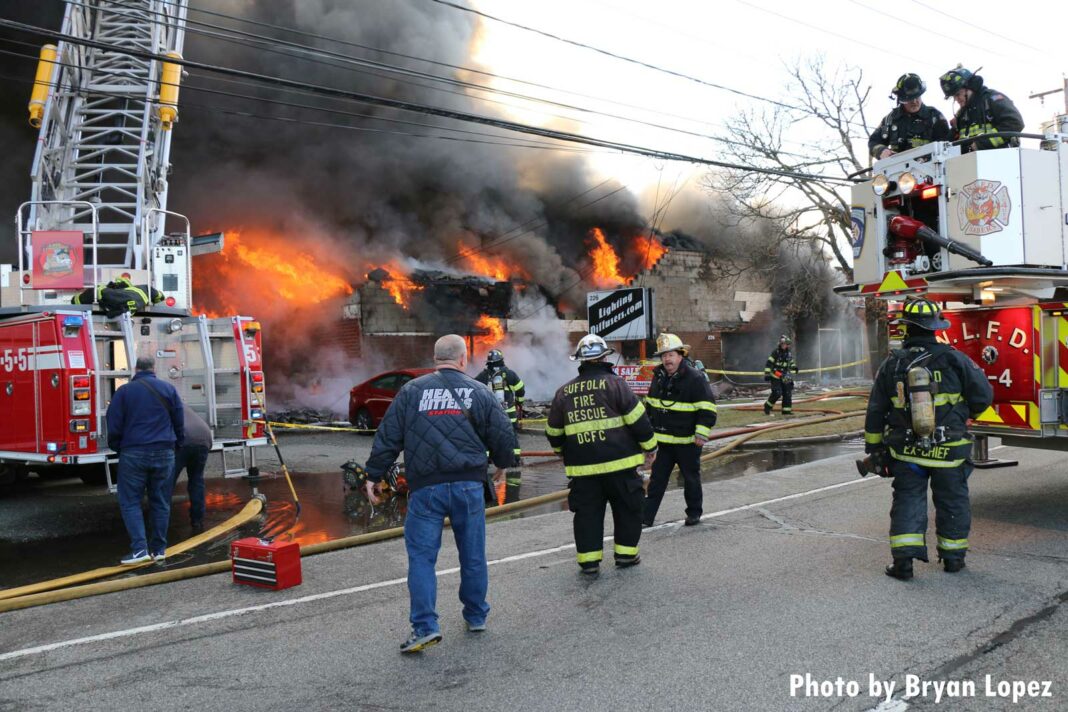 On January 26, 2020, the East Farmingdale (NY) Fire Company was alerted for a reported commercial structure fire on Route 109 across from Republic Airport.

Upon arrival, commanding units were met with smoke showing and visible fire to the rear of the building. A working fire was transmitted and mutual aid was brought in from Farmingdale, South Farmingdale, North Amityville, North Lindenhurst, North Babylon, West Babylon, Melville, and Wyandanch.

Operations were kept exterior due to the fire conditions. Multiple sides of the structure collapsed onto parked vehicles. Luckily, no injuries were reported.

The blaze completely gutted the building. Smoke could be seen from miles away. The stubborn fire burned for hours before being placed under control. Command requested a fire marshal to the scene for an investigation.