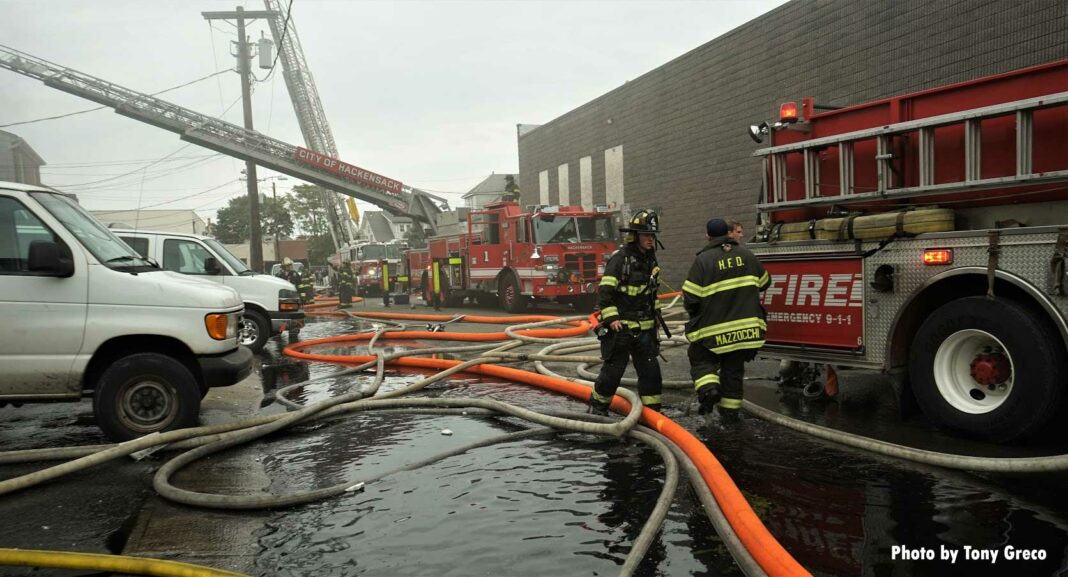 According to the Hackensack Fire Department’s social media, en route to an afternoon call of smoke, Engine 1 reported heavy smoke from a distance while they were responding. Deputy 4 arrived to find heavy smoke and fire showing from a commercial building 44 Elizabeth St. and requested a second alarm.

Companies gained entry into the building and found fire running the roof line in the building. Several handlines were placed in service through a bay door to knock down heavy pockets of fire. During the initial attack, companies experienced severe water issues due to limited access for apparatus on the dead end. Companies were evacuated from the building due to a sag in the roof with the threat of a collapse.

Command transmitted a third alarm, bringing additional resources to the scene. Companies operated several large hose streams and master streams from the exterior, knocking down the majority of the fire. Companies reentered the building to complete extinguishment of the fire.

One firefighter sustained a minor injury and the fire does not appear to be suspicious.