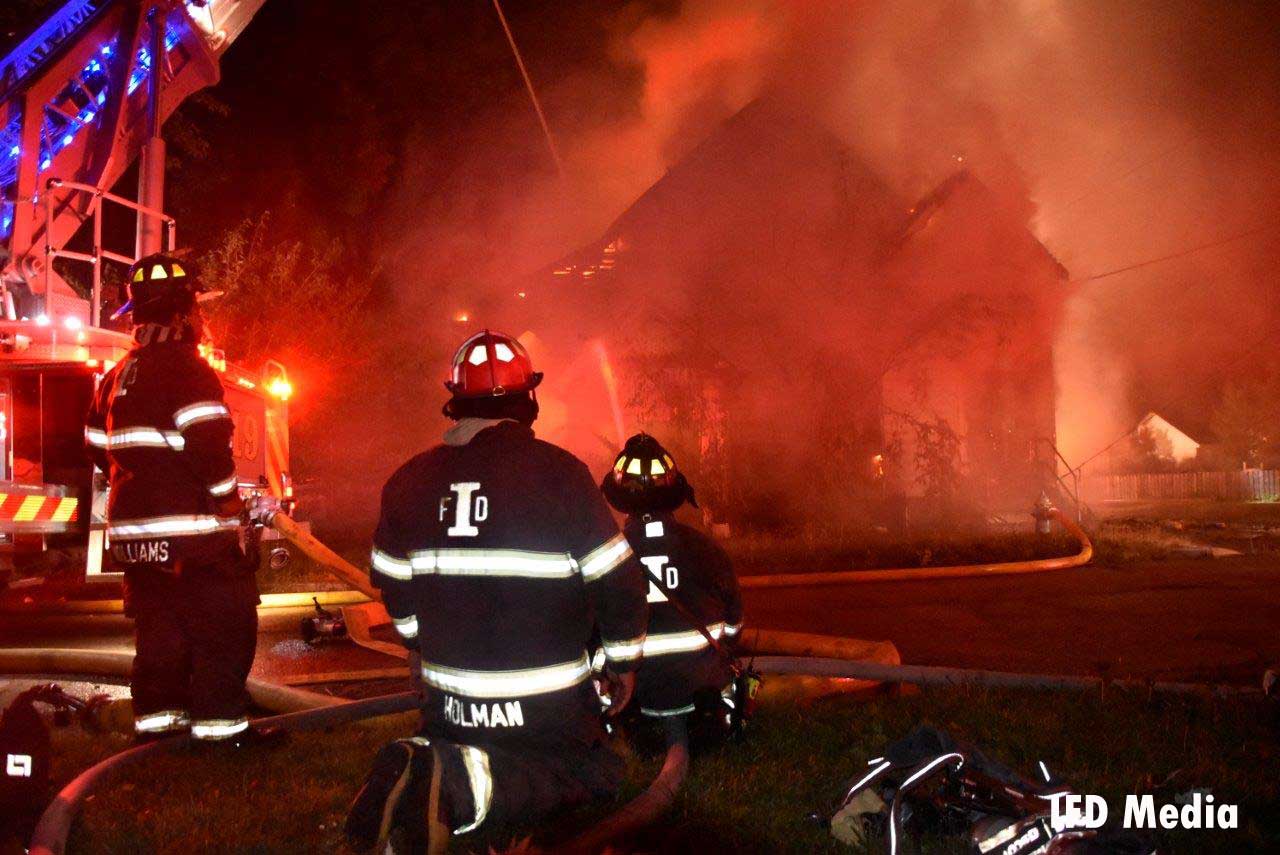 Indianapolis firefighters responded to an overnight fire in an abandoned building that had been used as a church.

No firefighters were injured in the fire at the structure, which had been vacant for years. Multiple power lines went down during the fire and part of the building collapsed. Crews were ordered to shed gear when possible and rehab often to deal with the high heat and humidity.

Local investigators determined the fire on Elder St. was arson. They ask anyone with information to call Crime Stoppers at 317-262- 8477 (TIPS).

Interior Size-Up from the Door