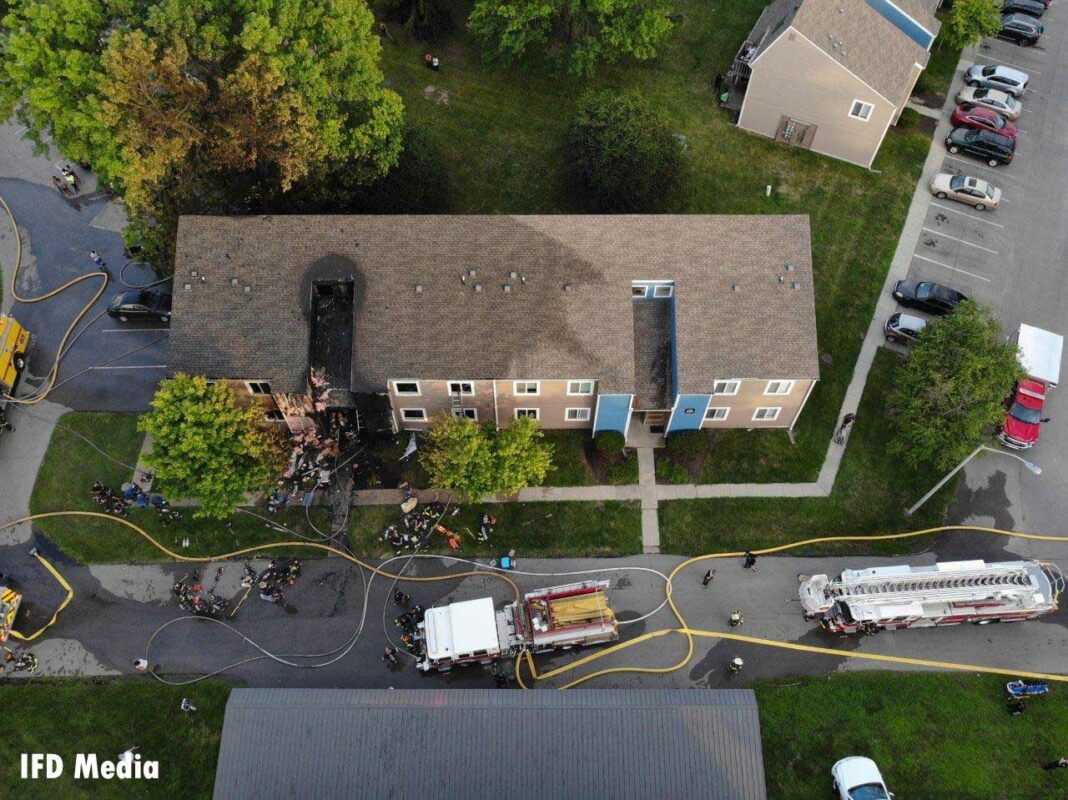 Firefighters from multiple departments controlled a fire yesterday at the Pickwick Farms Apartments in Indianapolis.

Companies were dispatched at around 7:03 p.m. and the first unit was on scene in four minutes. Crews encountered heavy fire showing from first and second floor and going through the roof in two apartments.

The fire originated on the lower level in Apartment #A. Only one of the two occupants was home when the fire occurred and he managed to escape, whereas the other occupant reportedly left the apartment five minutes prior.  The male occupant told firefighters he smelled smoke, saw fire on the stove, and fled. Two occupants lived in the apartment above the fire apartment, #C.  Only one occupant was home at the time and she escaped unharmed. All other occupants inside the structure escaped without injury. Two apartments were affected by heavy fire, water, and smoke damage.

There were no firefighter injuries. Crews ordered to shed gear when possible and rehab often to combat high heat and humidity.