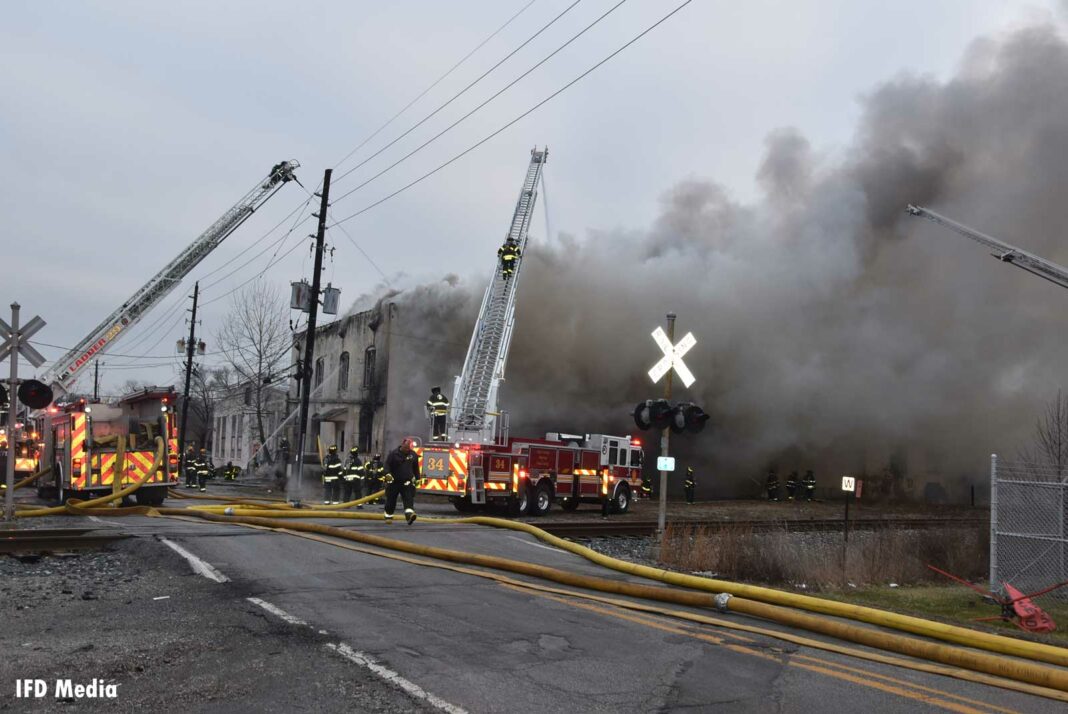 On Monday, February 10, 2020, Indianapolis firefighters responded to a fire in a large vacant commercial building.

Two Beech Grove units were also dispatched along with 19 Indianapolis Fire Department units. Heavy black smoke could be seen for mile from the site, and crews found heavy fire and smoke showing on arrival.

Crews made entry but reported a compromised interior, so defensive operations were established. There were hazardous materials reported to be inside the structure, possibly chromium.

No firefighters were injured, but two police officers were evaluated for smoke inhalation.

Indianapolis Firefighters Hurt After Falling Through Floor at Fire