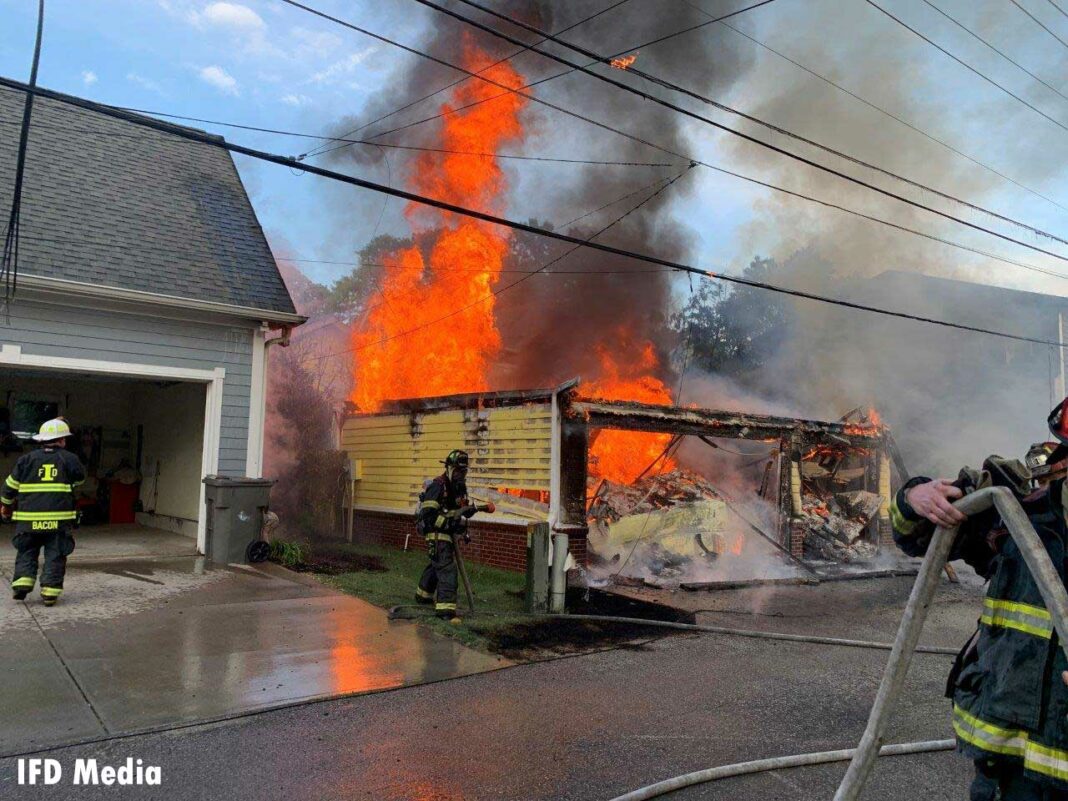 Indianapolis firefighters had a busy Wednesday with multiple fire calls and a water main break.

In the photos shared by Battalion Chief Rita Reith above, firefighters worked at the scene of a garage fire with exposure issues. Multiple calls reported an explosion and heavy fire at 1456 Central Avenue in the early evening. Indy firefighters responding to this working structure fire had also to contend with multiple power lines down and on fire. Crews on scene believe the initial blast sound came from tires or possibly a fuel tank on one of the vehicles in the garage, which sustained a partial collapse. Extension of the fire occurred to the detached garages on either side of the main fire with some extension to the homeowner’s pergola and the rear eaves of his house.

Later in the evening, Indy crews responded to a fire at a commercial building at 1413 E Naomi. Once again there were multiple power lines down and on fire, with no sprinkler activation in the three-story building, which housed a commercial contractor, a welding and woodworking shop, and an upholstery shop. Neighbors reported fire at the southwest corner of the building which traveled the length of the power line to the pole and caught it on fire, though it is unclear if the fire began inside or outside the building.

Earlier in the morning, companies responded to a working building fire at a commercial laundry facility with a water main break. As crews charged hydrant during the response to the fire, a main underneath the street broke and lifted the street about 16 inches. The fire was controlled in about 10 minutes and the cause was determined to be a metal barrel containing discarded items.