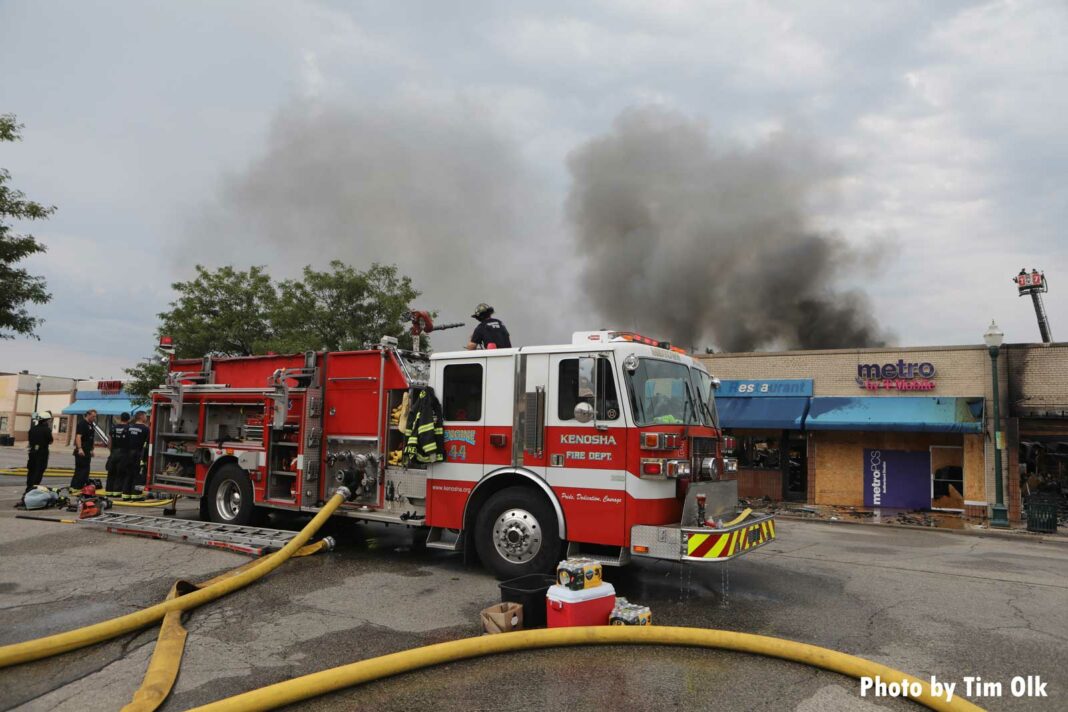 Fire photographer Tim Olk shared some photos from the scene of fires set in the wake of riots in the city of Kenosha, Wisconsin.

The riots and violence arose in the wake of protests when Jacob Blake, a black man, was shot repeatedly by police during a response. The unrest in Kenosha follows nationwide protests and rioting after the death of George Floyd in Minneapolis at the hands of police earlier in the year; several cities, such as Portland, Oregon, have seen nightly violence and fires.

On Tuesday, several people were shot and two killed during ongoing unrest in Kenosha.