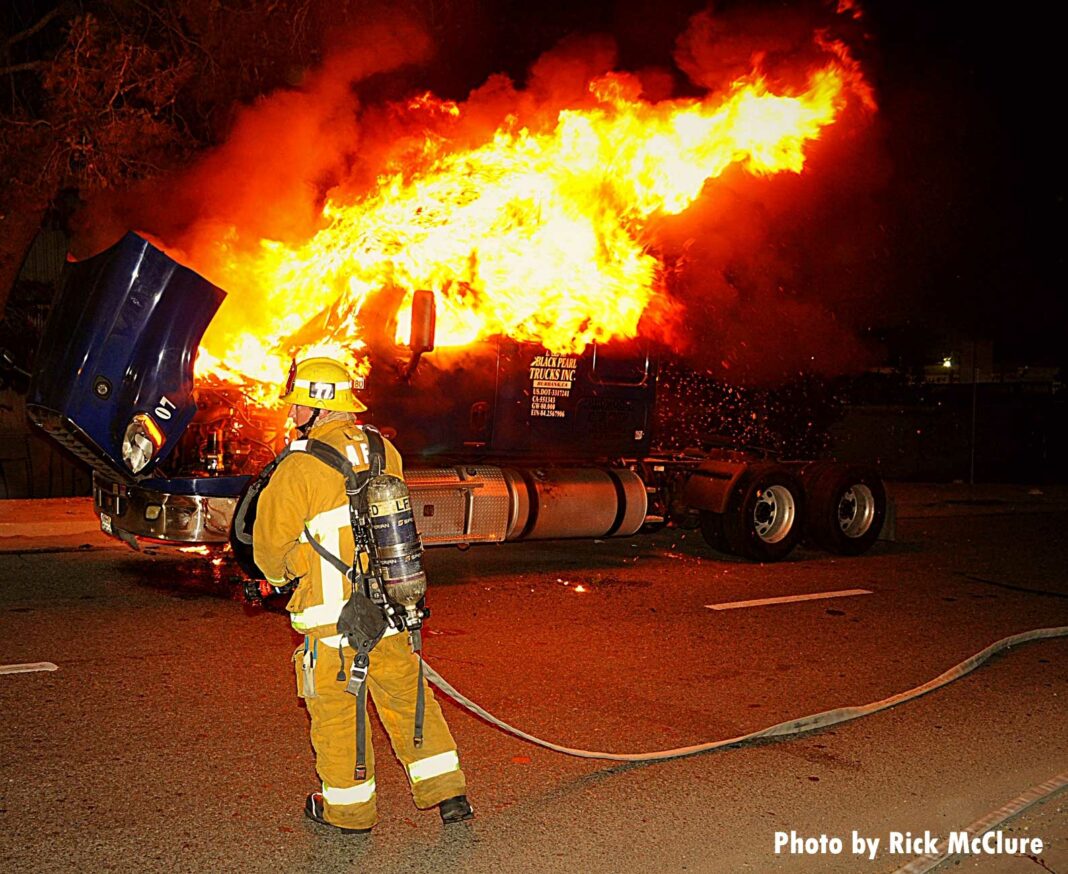 Fire photographer Rick McClure shared some photos of firefighters operating at the scene of a big rig truck on fire last week in the Sun Valley section of Los Angeles, California.

At 0125hrs on July 9, 2020, City of Los Angeles Fire Department Engine 77 responded to the scene of this fire in a big rig tractor/sleeper that was well involved. The fire was at the Penrose Street on-ramp to the southbound 5 Freeway.

There were no injuries and the cause of the fire is unknown.