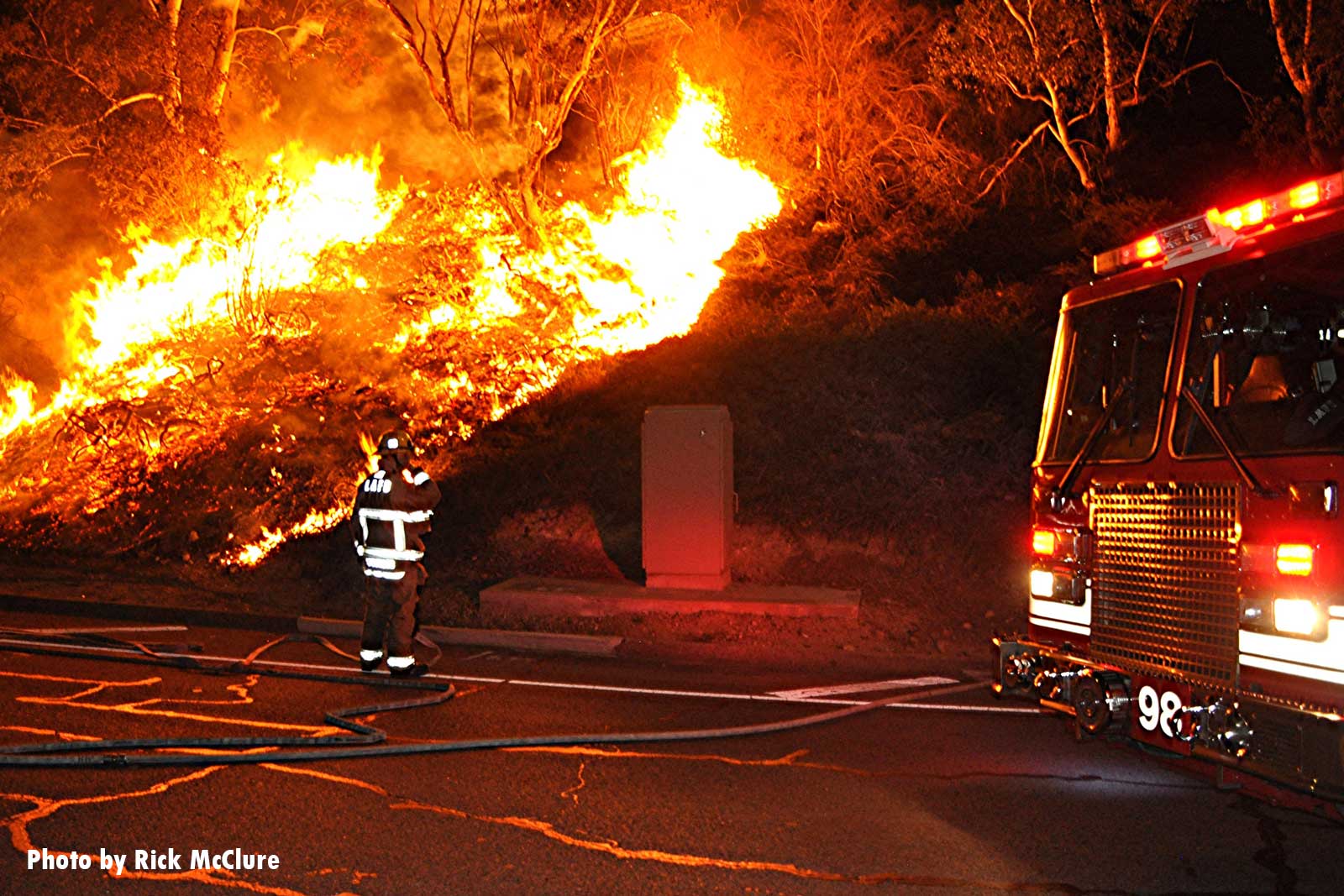 Fire photographer Rick McClure shared some photos from the scene of a recent brush fire in the Pacoima section of Los Angeles, California.

The call came in as a rubbish fire, however city of Los Angeles fire crews found two separate vegetation fires, one about 1/4 acre and another about 3/4 acre. Firefighters managed to control the fire.

Bystanders reported potential suspect lighting fire, which triggered an LAFD Arson Section investigation. There is no confirmation of those reports at this time.