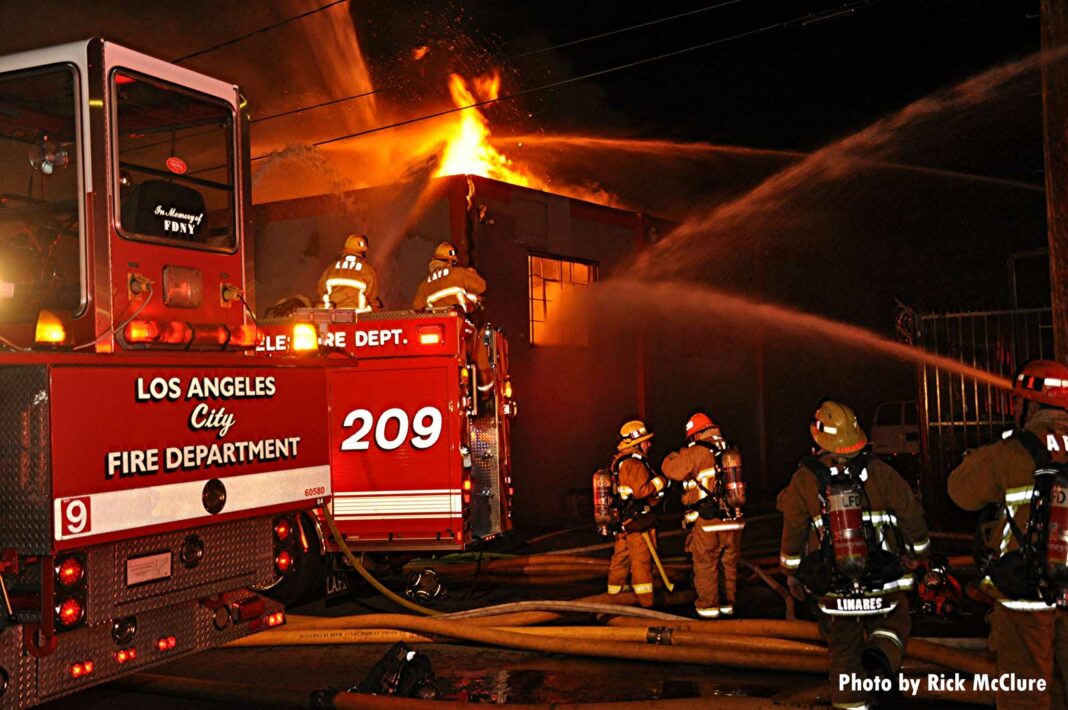 At midnight on June 10, 2020, the City of Los Angeles (CA) Fire Department (LAFD) responded to a reported structure fire in the 1900 block of S. Staunton Avenue in downtown Los Angeles. Fire photographer Rick McClure shared some photos from the scene.

It developed into a Major Emergency structure fire with firefighters operating in the defensive mode. Seventy minutes after receiving the call, the 59 LAFD personnel assigned fully extinguished flames in the approx 100 x 250 foot, single-story, concrete tilt-up building of unknown tenancy.

No injuries were reported and the cause of the fire is under active investigation.

Round Twenty-Seven Of The Assistance To Firefighters Grants To Aid America’s...