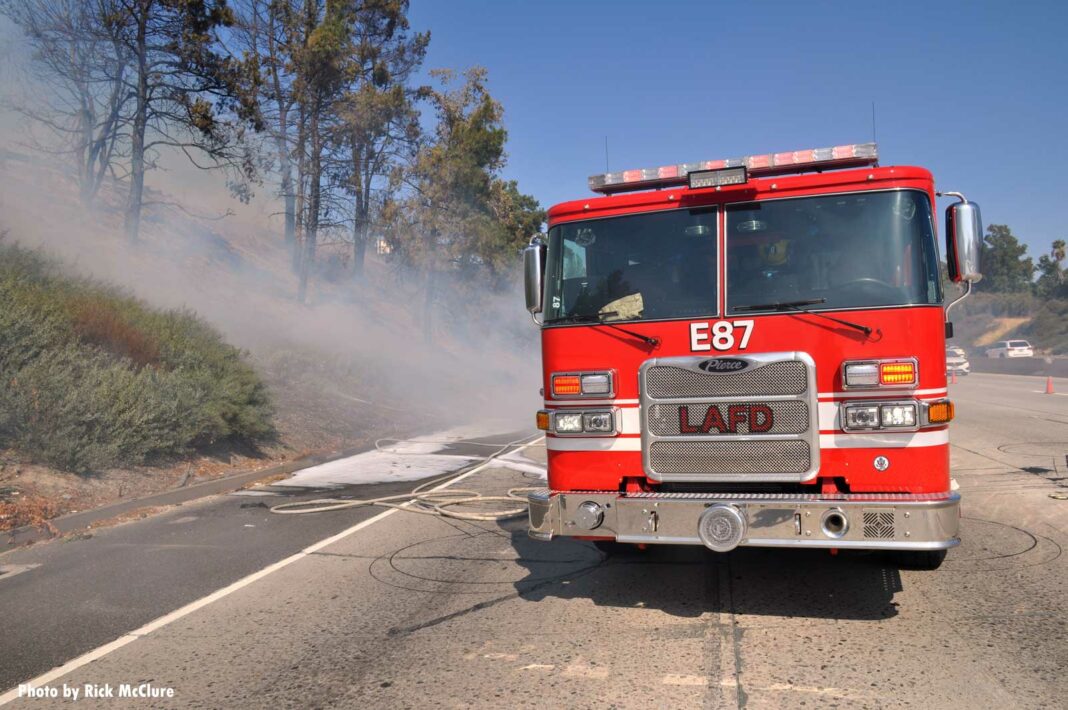 Crews managed to stop forward progress on the brush fire in little over an hour. The fire had consumed a total of four acres, and appeared to have started near the freeway and “jumped” Rinaldi Street, heading north as it burned up the hill.

The speed and skill with which firefighters engaged this fire, which was initially headed uphill toward a neighborhood in very close proximity, prevented these homes from being damaged, according to Nicholas Prange of LAFD.

There were no evacuations and no reported injuries. The cause of the fire is under investigation.

This fire occurred amidst a devastating fire season in the West, with more than 20 fatalities from wildfires in California alone thus far.