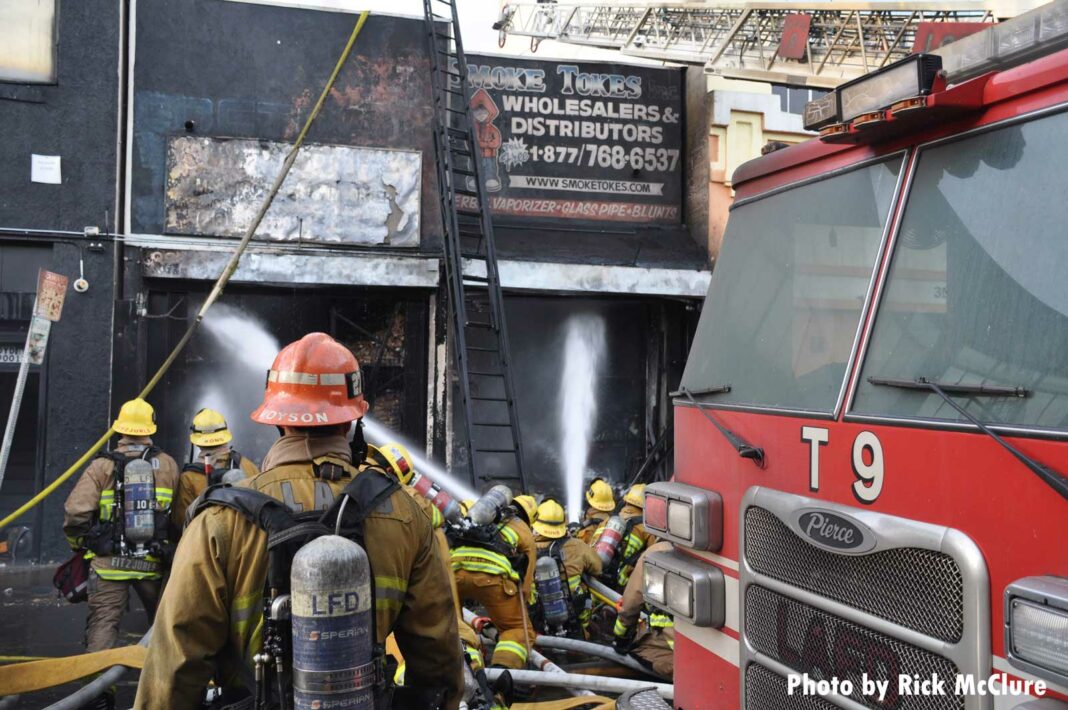 A massive explosion on Saturday, May 16, 2020, rocked Boyd Street in Downtown Los Angeles and left a dozen firefighters injured. Fire photographer Rick McClure shared some photos from the scene.

The fire occurred at a single-story vape and marijuana accessory wholesaler and is currently under investigation. A total of 12 City of Los Angeles firefighters were injured, several of them critically. Massive flames prompted firefighters operating on the roof to scramble to safety, some members doffing their PPE on the sidewalk. Per a report from the department, eleven members sustained burn injuries and one member suffered a lower extremity injury. Significant damage occurred to the apparatus, tools and equipment.