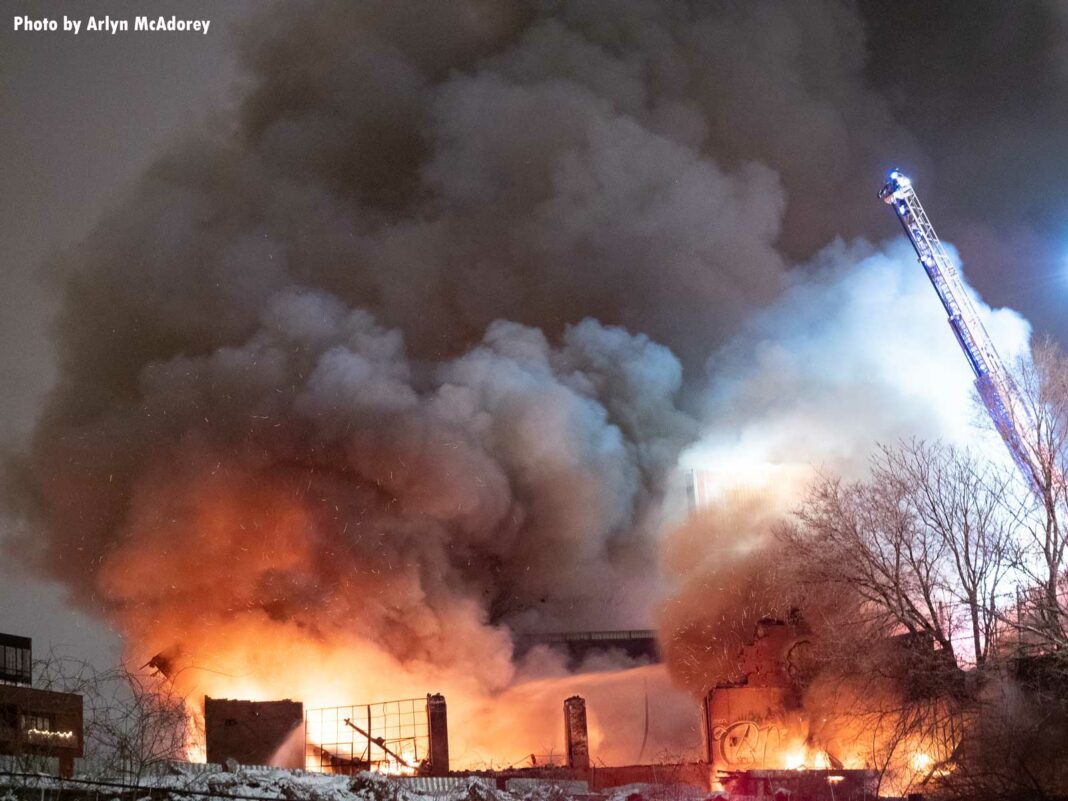 Fire photographer Arlyn McAdorey shared some photos of Toronto (ON) firefighters responding to a four-alarm fire on December 27, 2020.

The call came in just after 6:30 p.m. for an abandoned building with heavy fire showing on Dundas Street west. Toronto Fire crews from Station 426 arrived and upgraded the incident to a working fire. The first-in district chief called for a second alarm and eventually upgraded the call to a 4th alarm. The structure collapsed onto adjacent train tracks.

No injuries were reported. The building was abandoned, but was formerly a scrap metal processing facility.