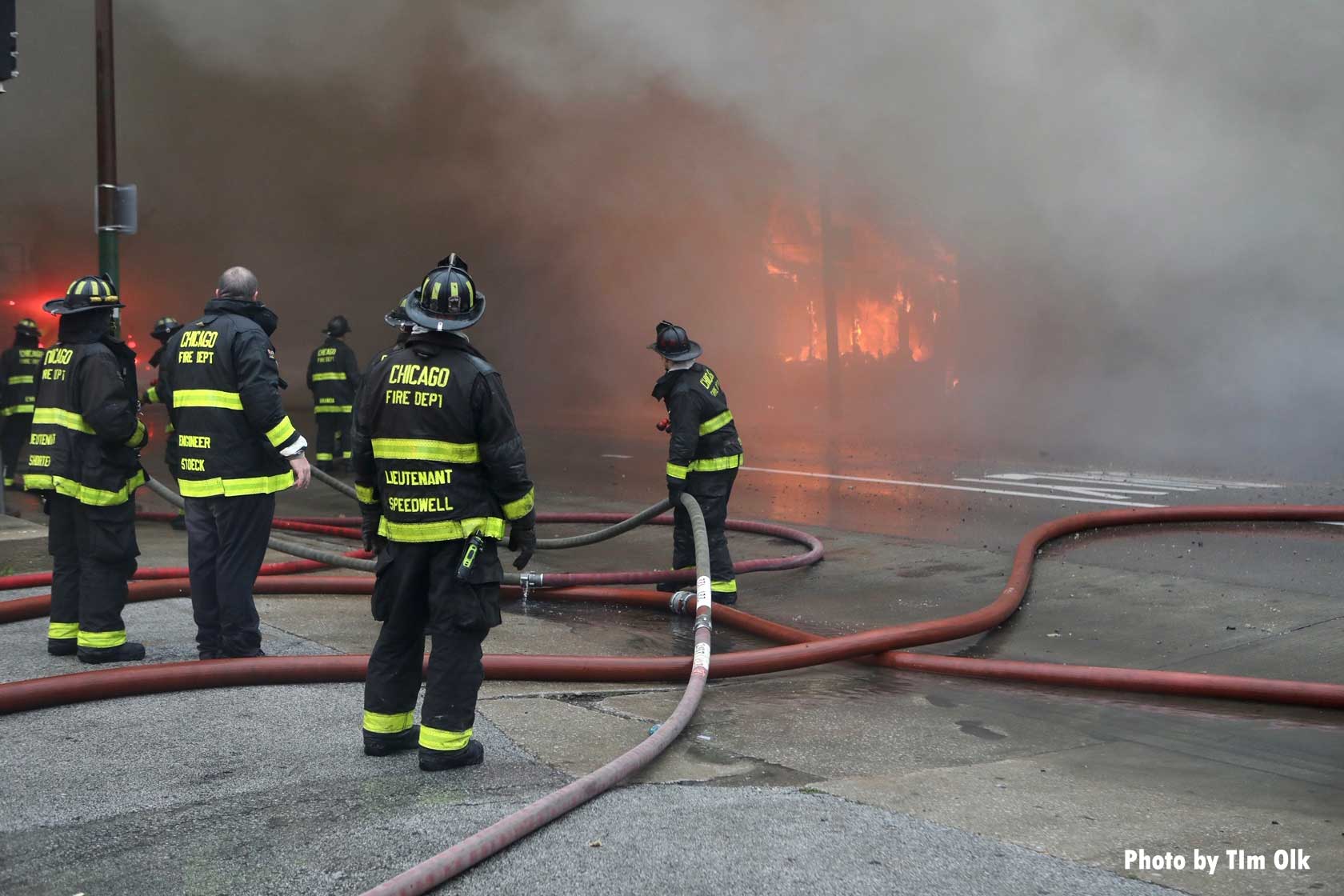 The fire occurred Tuesday morning in a mixed-use building with a store on the bottom floor and apartments above, according to the Sun-Times. The fire extended to a neighboring building on the city’s South Side, and bars on the outside of the store slowed entry by firefighters.

Two members sustained minor injuries, and firefighters controlled the fire after about three hours. No civilians were injured, but almost 30 people were displaced.

Drill of the Week: Building Construction and Fire Behavior, Scenario 5