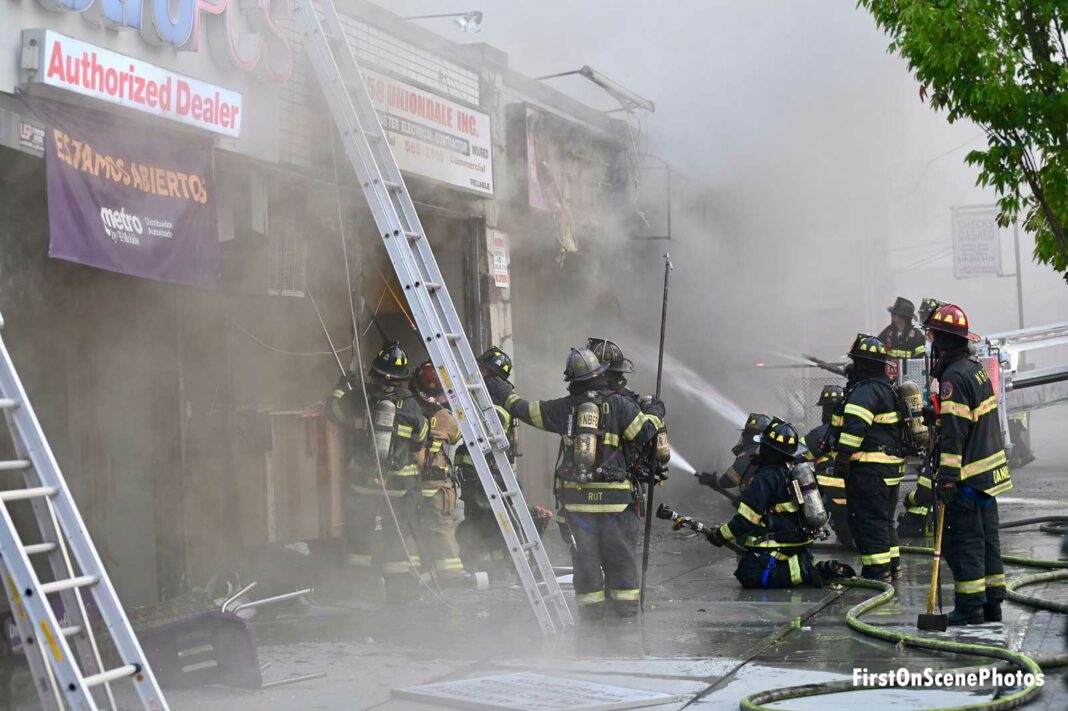 The Uniondale (NY) Fire Department on Long Island was alerted for the report of a building fire on Thursday morning, July 23, 2020.

The fire in the original fire building rapidly spread to adjoining exposures.

Multiple handlines were stretched and master streams were put into operation in an attempt to control the fire.

Mutual aid companies from throughout the county were summoned to assist at the scene.

The incident took more than two hours to bring under control.