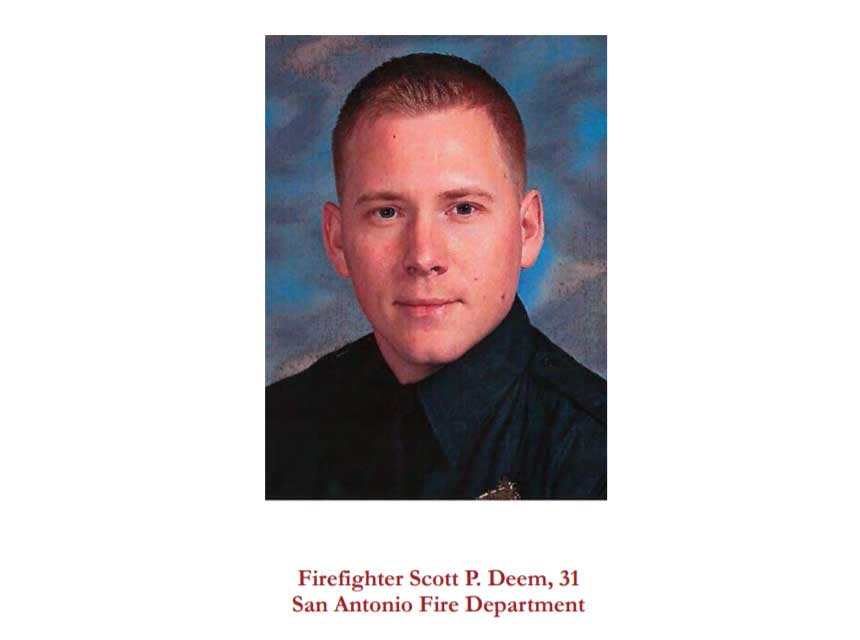 Per the NFFF, Firefighter Scott P. Deem died on May 18, 2017, from injuries sustained when he was trapped in a structural collapse during a four-alarm shopping center fire. Several other firefighters were injured in this fire.

Per the USFA report, Firefighter Deem and his ladder company were dispatched along with other firefighters to the report of a structure fire in a strip mall shopping complex. Arriving firefighters found a working fire in a gym.

Firefighter Deem was assigned to conduct a search of the gym occupancy. After locating the fire and calling for a hose line, conditions rapidly worsened and Firefighter Deem became disoriented within the structure. A “mayday” was initiated but Firefighter Deem could not be located.

Fire conditions continued to worsen, and a defensive strategy was declared. When the fire was sufficiently controlled, Firefighter Deem was removed from the building. His death was caused by asphyxiation.

This was an incendiary (arson) fire. The owner of the gym, Emond Javor Johnson, has been arrested on arson and murder charges for intentionally setting the fatal fire. According to media reports, he was behind on his rent by $6,000.

The Texas State Fire Marshal’s Office prepared a detailed report on this incident. The report is available at https://www.tdi.texas.gov/reports/fire/documents/fffsadeem.pdf

The best way to keep up with Fire Engineering? Get our regular e-Newsletter: www.fireengineering.com/enewsletter.

Listen in the player above. Also, get every episode by subscribing to the Fire Engineering podcast using your favorite podcast app.