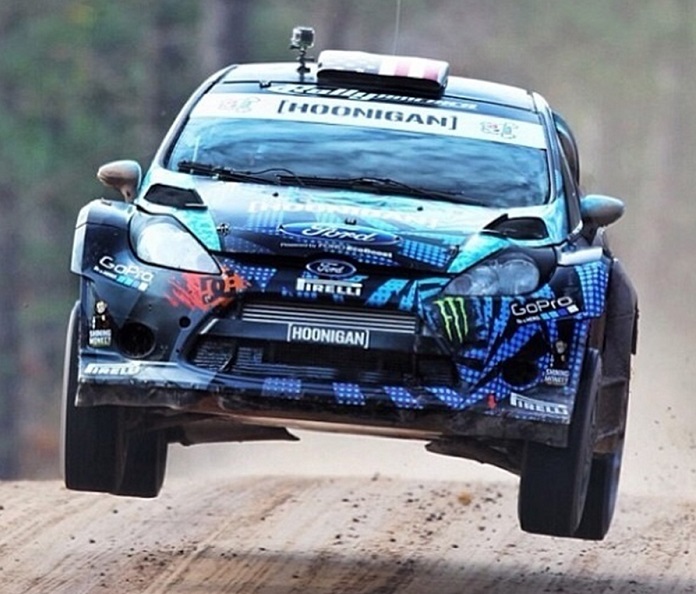 World-class education finally arrives for emergency responders who deal with not only today’s world-class rally crew but also with their fans and the area in which they are rallying.

Those who rally race under the umbrella of protection from many things. This ensures they can focus on the event and go “flat out” without too much worry. Part of that umbrella is the provision of emergency services. Much of that umbrella also focuses on the driver and co-driver. Vehicles have changed greatly over time, and the quality of their safety components have increased to better protect the crews.

However, today’s challenge to the providers of emergency services rally events are also on the rise. Not only do complex vehicles and their simple construction provide an additional layer of safety that can defeat rescue tools, but the care, management, and mitigation of spectator injures are now a significant challenge as well. Also, responders must consider the community and surrounding area where the rally is being run since, surprisingly, the day-to-day emergencies do not stop! Organizers now must ensure that ALL of these concerns (and then some) are covered today; this is a very tall order for a group of volunteers to manage, without even touching the actual rally itself. 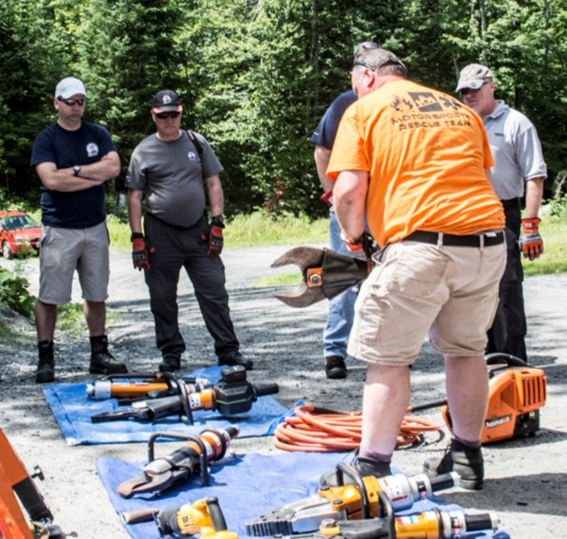 A large question looms as well: Where does a person get this training and education to do all of the things mentioned above? Although we realize that tasks would be handled by a myriad of people, is it appropriate to manage and mitigate these events with basic “on the job” training? And, some training classes have appeared, but they lack the depth and scope of these events as well as the issue of misinformation.

Seeing these concerns from his role as both an organizer of the New England Forest Rally as well as being a five-time United States and North American champion, Tim O’Neil realized that today’s rallies and their vehicles have changed much over time, even more so in recent years. Being a rally enthusiast and a 30-year emergency services provider and educator, I have discussed with O’Neil on several occasions a variety of issues and their solutions in regards to rally responses.

In September 2014, O’Neil and I met at his rally school and motorsports shop to discuss the practicality of building an educational program for emergency providers who will be working at rally events. Chris Cyr, Team O’Neil’s general manager, was also included in this meeting to give his feedback and act as as a logistical guide for creating a class at the rally school. The ability to have a program at the rally school brought about endless possibilities. Current mode class vehicles, rally roads, and an actual event environment at the rally school was a huge plus for the students, Team O’Neil’s staff, and other rally drivers. So, over the next nine months, we developed a new program called the Emergency Services Rally School (ESRS) program. 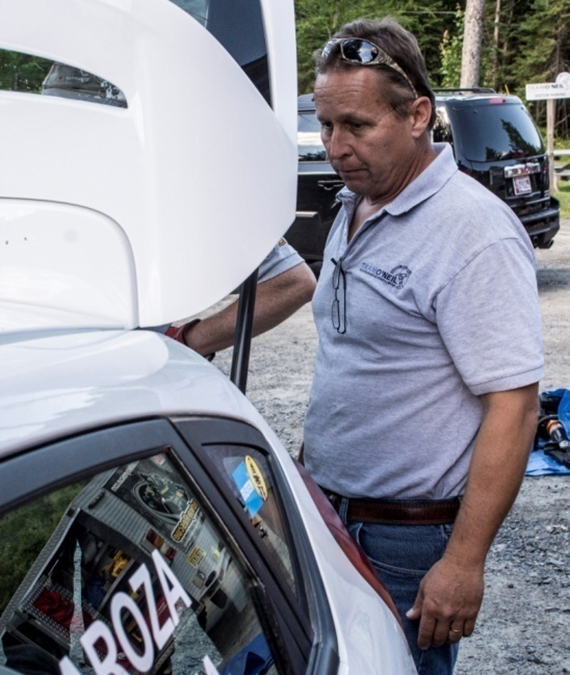 The ESRS program developed into a 20 contact-hour educational program. Roughly split 50/50 between classroom and practical sessions, the program’s core would be based on “best practices” concepts originating from both the Fédération Internationale de l’Automobile (FIA) and emergency services principles. Also, since the program would be based in North America, we also ensured that we met National Fire Protection Association (NFPA) 610, Guide for Emergency and Safety Operations at Motorsports Venues, and NFPA 1410, Standard on Training for Emergency Scene Operations, as well as various rally organizations. The classroom modules would consist of the following:

Following our classroom and practical sessions, we also had an interactive hands-on session on the overview of ALL emergency services equipment. All students, regardless of their specialty, would be fully versed on all medical, firematic, rescue, and support equipment. The students also performed hands-on drills with a variety of rally cars courtesy of the motorsports shop so they could grasp how these vehicles were maintained and built as well as learn about their various components.

We placed students in a practical scenario as a team to respond to an incident they would then evaluate, stabilize, manage, and successfully mitigate the incident and return staging to investigative personnel. As a final part of the program, the students would take a short written exam and then engage in a final question-and-answer session and program evaluation.And, in keeping with our mindset, we reviewed all the equipment used in staging. The practical sessions would consist of a rotation of four stations, firematics, rescue, driver packaging and removal, and scene stabilization.

We developed the program to make it as “real world” as it was possible, to provide the students with cutting edge equipment both familiar and unfamiliar to gain knowledge, and to get feedback from students. We also wanted to expose them to the highest quality vehicles, equipment, and rally people possible. That said, we conducted on our hands-on, high-speed, high-performance educational program not only from emergency services but from the rally world as well. 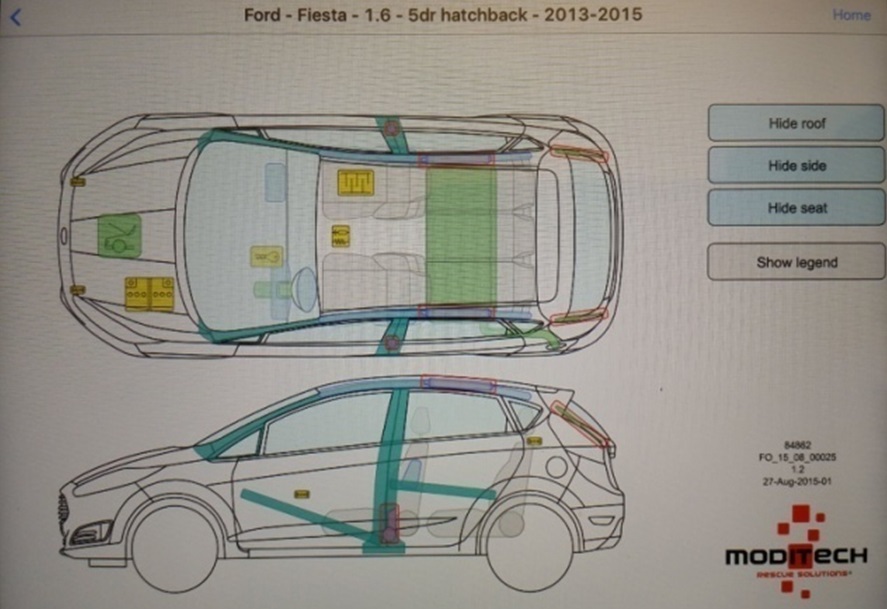 On a sunny July day in Dalton, New Hampshire, at the Team O’Neil rally school, 11 students and 12 educational and support staff arrived for the first three-day run of the ESRS program. All of our students were experienced emergency service workers and all hailed from a variety of venue and motorsport backgrounds including open wheel, road racing, drag racing, rallying, and motocross. The emergency services present offered specialties including fire; rescue; medical; and, perhaps most importantly, towing and support.

After introductions and a quick review of the program’s outline, goals, and expectations, I—acting as the program’s lead instructor—led off the classroom modules, covering the emergency services modules in a highly interactive multimedia environment. Travis Hendon, Team O’Neil’s lead instructor, then explained the rally-specific modules to students. Travis and I then led a question-and-answer session prior to moving the class to the Team O’Neil rally school facility for the hands-on interactive sessions.

The interactive hands-on sessions were a key component of the program. Although some of the equipment students were to use would be familiar to students, some would not. We introduced third-generation battery powered, self-contained hydraulic rescue tools, two types of new carbon composite extrication devices, two types of wetting agents for extinguishment, a new type of backpack, a portable foam firefighting unit, specialty rescue reciprocating saw blades (that can cut today’s modern vehicle materials), specialized lifting cushions, rescue struts, and jacks for scene stabilization. a helmet removal system, a glass management film, and a crash recovery software that identifies various hazards in passenger vehicles; this was originally intended for street vehicles. However, rally vehicles start their lives as street vehicles. 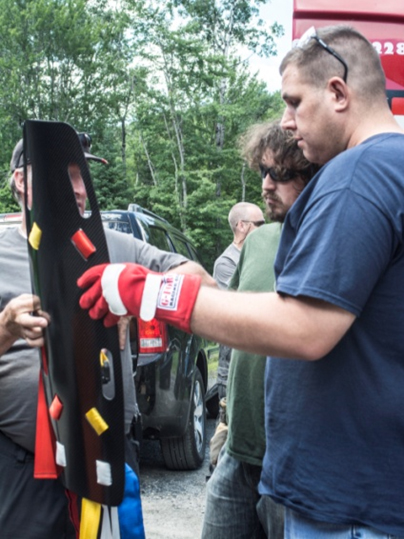 Although most hazards to emergency services such as air bag safety systems and the like are removed, what isn’t removed from current vehicles is extremely important. The various ultra-high-strength material reinforcements in the roof posts/pillars, footwells, rocker channels, and son on are much stronger than the vehicle’s safety cage, especially with regards to vehicle class! This would become very evident when we commenced with the practical sessions. One of the positives of this software is that is is used as a smartphone application on all current phone operating systems.

Following the review of the emergency services equipment, O’Neil took over to cover the “All Things Rally.” He began with one of his school cars, a 2013 Ford Fiesta. Starting from the nose, O’Neil went through the car, covering not only the equipment but what to do if they needed to interact with the driver and/or co-driver. O’Neil also showed what a typical driver or co-driver might bring into the car and where it might placed.

Each student was then given the opportunity to get strapped into and interact with the car. O’Neil then took the students to the motorsport shop where the school cars, rally, and project cars were built. Next, O’Neil and and Pascal Belperron, the Motorsport shop manager, showed how the fiestas go from a street car to a rally car and even beyond into M-Sport Fiesta R2 models. The session was wrapped with covering the variety of stage equipment the students would encounter.

One of the goals of this program was to provide the student with as much of a real world environment that could be provided. Thus we set up not only the practical scenario but ALL practical sessions would be presented and performed out on one of the school’s rally tracks.

Stay tuned for Part 2, which will be posted on Tuesday, October 10.

DAVID DALRYMPLE is a career EMS provider for the RWJUH Emergency Medical Services in New Brunswick, New Jersey, and a volunteer firefighter/EMT/rescue technician for Clinton (NJ) EMS/Rescue. He has been actively involved with emergency services for 30 years. He is the education chair of the Transportation Emergency Rescue Committee-US (TERC), is a certified international level extrication assessor, and serves on the Expert Technical Advisory Board of the IETRI as their road traffic accident advisor. Certified as a NJ fire service instructor, he has been teaching transportation rescue topics for more than 16 years. He is the executive educator for Roadway Rescue LLC, an educational team for transportation rescue training. He is an ICET (Netherlands) certified registered International SAVER instructor. He writes on “Extrication Tactics” for Fire Engineering and contributed to Fire Engineering‘s Handbook for Firefighter I and II (2009). He received the 2007 Harvey Grant award for excellence in rescue education. He is featured in “Training Minutes” on vehicle extrication on fireengineering.com.