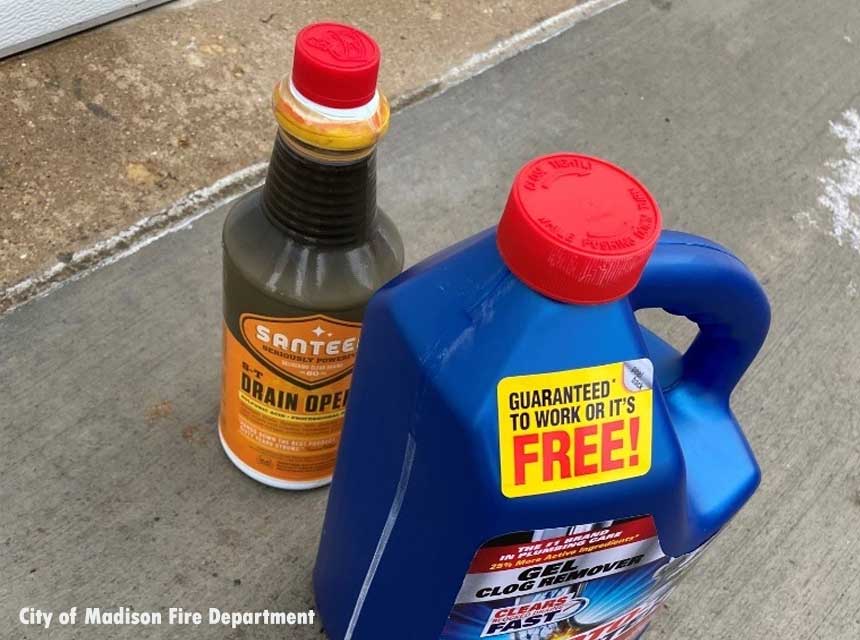 Jan. 20—Mixing two types of cleaning chemicals in an attempt to clear a clogged drain created toxic fumes that sickened people and pets at a Far East Side home on Friday, the Madison Fire Department reported.

Engine Co. 11 and Medic 4 were dispatched to the home in the 6900 Block Fieldwood Road at 3:49 p.m. and were told that by the occupants of the home that they first tried to use sulfuric acid to clear the sink drain, then when that didn’t work, they tried using Roto-Rooter brand drain cleaner, Fire Department spokeswoman Cynthia Schuster said in a report.

The mixture produced toxic fumes that filled the home and sickened the occupants and pets. Their symptoms cleared when they reached fresh air. Two people fell ill and two others were evaluated by paramedics. The occupants sought their own medical care and were not taken by ambulance, Schuster said.

A plumber was called to the home to assist with the clog, and he experienced mild symptoms. A neighbor who helped clear the home reported no major symptoms, Schuster said.

Photos of the year: A look back at the Wisconsin State Journal’s top photos of 2020