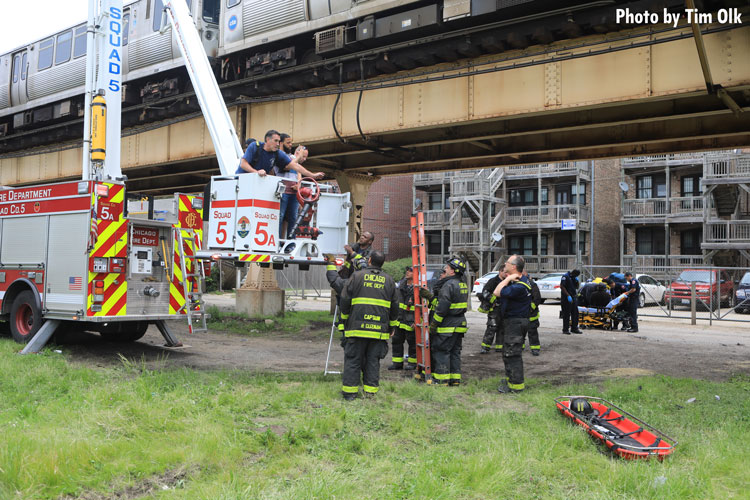 Tim Olk shared some images from the scene of a train derailment that left seven people injured today in Chicago, Illinois.

According to the Chicago Tribune, the train partly derailed in the city’s Bronzeville neighborhood. Officials said 23 people refused treatment and seven people were taken to area hospitals for minor injuries.

In the images, firefighters bring passengers down from stranded train cars in the bucket of Squad 5.

More details on the incident HERE.