During structural collapse specialist training, one of the most difficult tasks for students to grasp and perform is making raker cuts accurately. The process seems a little more challenging in today’s fire service because carpentry skills are not as prevalent as they once were.

There are numerous approaches to teaching raker cuts, all of which work. However, time and time again, rescue specialists struggle to remember some of the more perishable skills, such as how to properly lay out and cut a raker, unless they are fresh out of a structural collapse class.

This article will review how to use the speed square and how to make basic 45° and 60° raker cuts. I will also discuss an instruction method on raker cuts that stands above all others when training students who have limited experience using a speed square and circular saw.

Although the speed square is used primarily by framing carpenters, it can be an indispensable tool for the rescue specialist. Let’s take a look at this tool that many of you already have but may not fully understand how to use.

For this training, use the protractor in the following way:

Anytime you are using a circular saw, ensure that you use proper safety precautions, such as the following:

A circular saw operates best when making a 90° cut coming off the edge of the lumber. During training and on the scene of an incident, the rescue specialist will be required to make a cut at an angle. Keep in mind that the greater the angle, the more difficult it is to make a good cut. 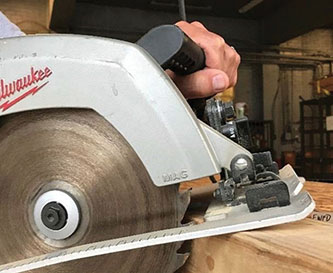 (1) The shoe is not flush with the cutting surface. (Photos by author.) 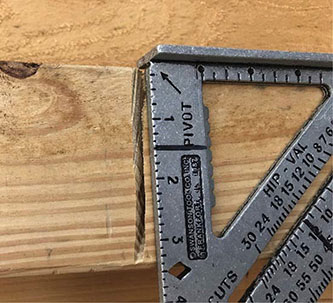 As the blade rotates from a bevel cut to a straight cut, the blade will bind up in the kerf (the cut being made by the blade). Anytime the blade binds up while making a cut, more amperage is required to keep the blade rotating, which will result in the generation of excessive heat and eventual damage to the saw’s motor. Do your best to keep the shoe of the saw flush with the surface of the lumber you are cutting.

There is no hard-and-fast rule regarding which direction to make the cut, but whenever possible, position the saw with the motor facing toward the larger section of the lumber and away from the drop-off. By doing so, the shoe will be fully supported throughout the cut, and the weight of the lumber will not need to be held up as the cut lumber drops off.

One of the most dangerous and common mishaps associated with a circular saw is known as kickback. Kickback is the sudden reaction to a pinched, bound, or misaligned saw blade and occurs when the blade binds on the wood, causing the saw to lift up and out of the lumber and back toward the operator. It is the result of improper use of the tool and not using correct operating procedures. You can avoid kickback by doing the following:

The “take home” message is that the circular saw is one of the most dangerous tools that you will use, either in training or on the scene of an incident. Always ensure that you take all safety precautions to protect yourself and those close to your operating area.

The 45° raker cut. When you need to make a 45° raker cut using the mark/cut-mark/cut method, do the following: 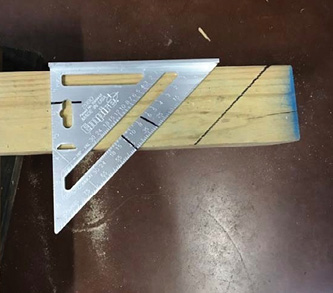 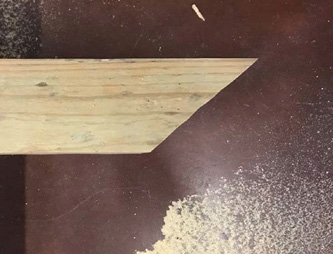 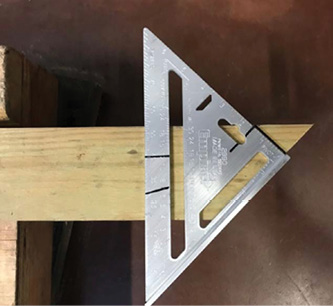 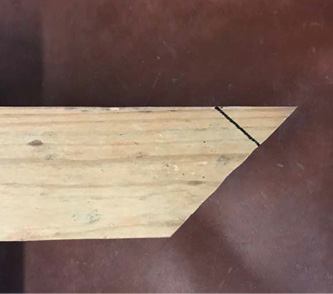 (6) A scribe mark for the return cut. 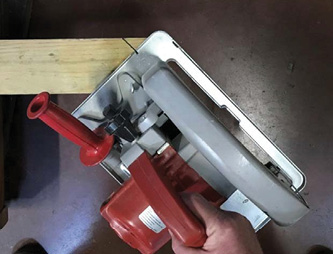 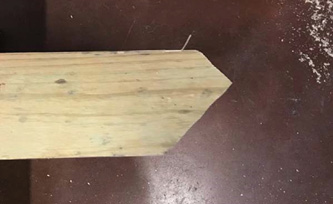 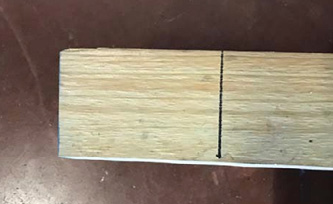 (9) A perpendicular mark for the prescribed length. 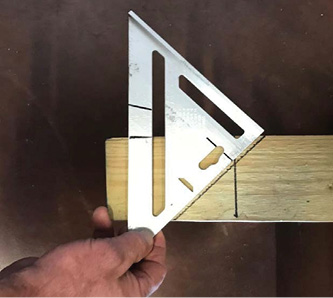 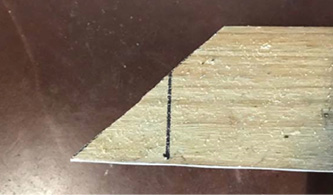 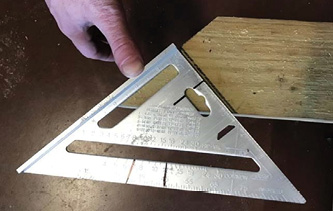 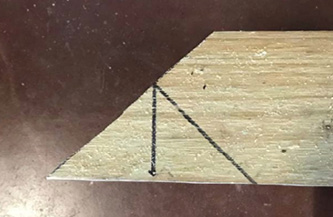 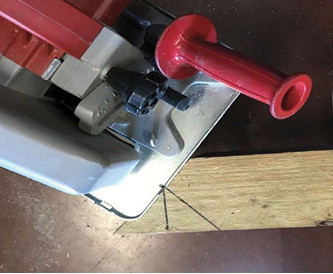 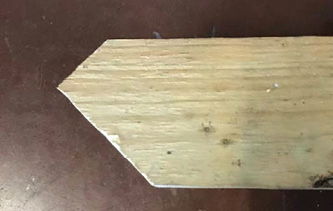 The mark/cut-mark/cut method is the easiest, most efficient, and safest way to teach and make raker cuts. Fewer mistakes will be made, which will lead to greater conservation of time and lumber.

MIKE WALTERS is a lieutenant with the Fort Worth (TX) Fire Department, where he has worked since 1988. He has also been a rescue specialist for Texas A&M Task Force 1 since April 1999 and a Federal Emergency Management Agency (FEMA) structural collapse instructor since 2000. Walters is also an instructor for Texas A&M Engineering Extension Service, the Alabama Fire College, Spec Rescue, and Safety Solutions. He also served as a member of the FEMA Rescue Sub-Group from 2017-2020.

Survivor Found in Coal Mine Accident in Russia’s Siberia