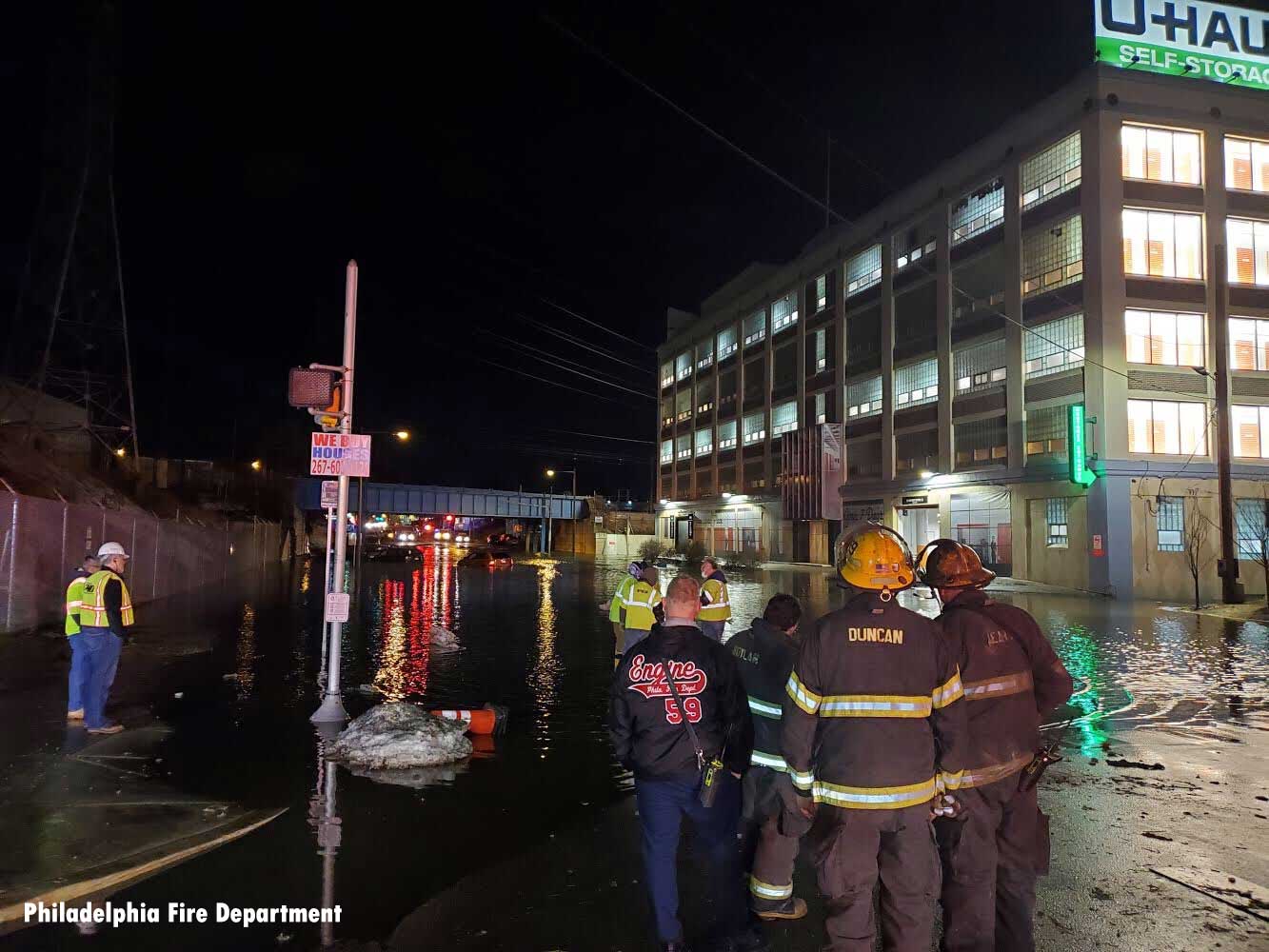 Flood waters consumed the streets, swamping cars and leaving workers and customers of a nearby U-Haul storage facility trapped inside, authorities said.

Philadelphia Fire Commissioner Adam Thiel said one woman was freed from her car, which was immersed in the floodwater, and 10 others were rescued from the U-Haul facility.

It’s unclear what caused the rupture. Similar water main breaks have occurred blocks from the site, including a break in 2015 near the Bakers Square shopping center that flooded the streets with nearly 7 million gallons (26.5 million liters) of water, news outlets reported.