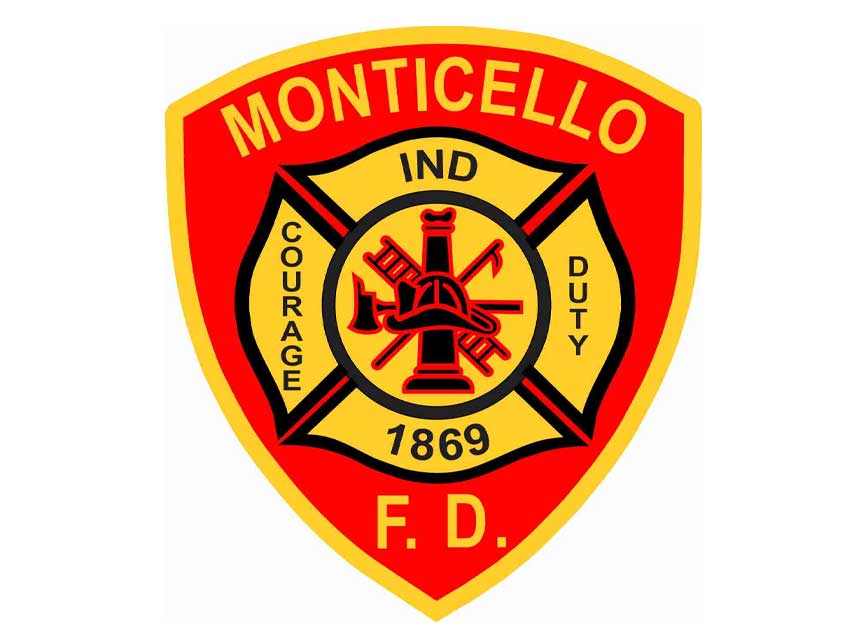 MONTICELLO – A man who was working atop a 340-foot-tall windmill suffered a medical condition that resulted in a community-wide effort to rescue him Saturday.

According to a Monticello Fire Department news release, the White County 911 center received a call for help at 10:26 a.m., reporting that a contractor for Kiewit Construction had suffered a medical emergency while working in the hub of a windmill near the intersection on county road 600 west and county road 400 north.

The hub is located at the very top of the windmill, where the propeller blades and nacelle connect to the shaft.

The Monticello Fire Department responded along with Wolcott EMS. Fourteen Monticello Firefighters answered the call with an ambulance, rescue truck, aerial ladder, and command vehicles, arriving on scene at 10:46 a.m. A rescue plan was devised in conference with firefighters and representatives from EDP Renewables and Kiewit Power Constructors.

Three Monticello firefighter-paramedics, Cody Scheurich, Nick Green and Ryan Blake began their ascent on the interior vertical ladder with each man carrying 40 pounds of rope, hardware, and medical gear, according to the fire department.

They arrived at the top at 11:29 a.m., where they found both the 54-year-old male victim and a superintendent from Kiewit. The firefighters initiated advanced life support treatment while still in the hub. Working with the superintendent, firefighters prepared the man, whose name was not released, for removal from the hub.

Firefighters began their descent with the victim at 11:59 a.m. The man was attached to a mechanical advantage system with Firefighter Scheurich operating the lowering device along with the Kiewit superintendent.

Firefighters Blake and Green descended with the victim to tend to any medical needs or emergency situations. The victim reached solid ground at 12:28 p.m. He was immediately transported to IU Arnett Hospital in Lafayette.

According to the fire department, the rescue turned out to be a community effort. On scene with the firefighters were members of the Wolcott Ambulance Service and Wolcott Fire Department. Employees of EDP Renewables and Kiewit Power Constructors provided information about the windmill and its systems. Deputies from the White County Sheriff Department also were on scene.

Reach Kristi Hileman at kristi.hileman@pharostribune.com or 574-732-5150