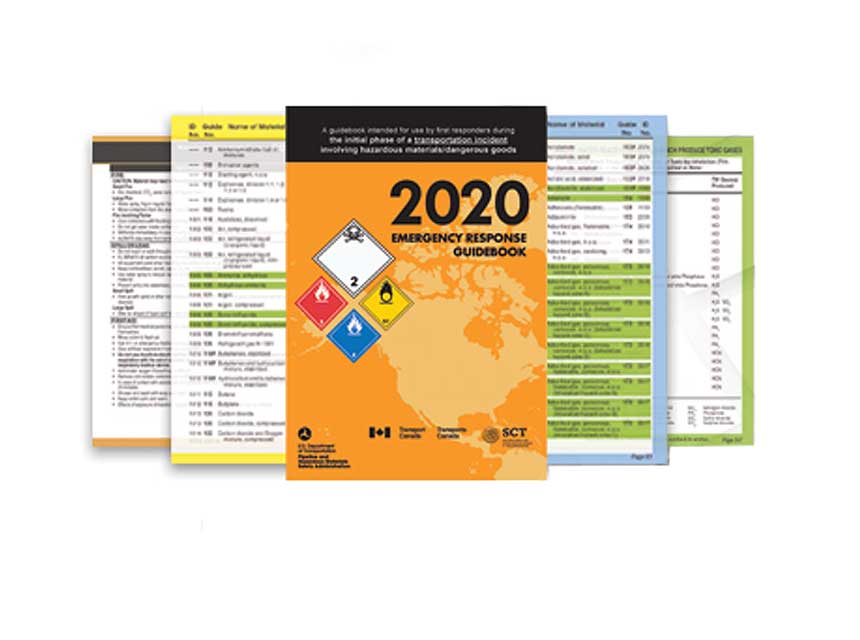 As a member of the Fire Engineering Editorial Advisory Board, I (Noll) have been asked to coordinate a response to the article “The Emergency Response Guidebook (ERG): Not Good Enough, Not Safe Enough” by Dr. Vyto Babrauskas (November 2020). This response reflects the views and perspectives of the 13 signatories to this letter. These individuals are active participants in various organizations within the national and international hazmat response community and collectively bring more than 350 years of background and experience as hazmat emergency responders.

We appreciate this opportunity to reply and affirm that all parties share a commitment to the goals of (1) emergency responder safety and (2) ensuring that responders have accurate information to mount a safe and an effective risk-based response. In today’s world, where open debate is often silenced or focused on social media forums, it is important to have these issues be presented and discussed in an open and a transparent manner. Although we may have differences of opinion on the focus of the article, open discussion, challenge, and debate are healthy, especially when pertaining to emergency responder safety.

The ERG is published by the U.S. Pipeline and Hazardous Materials Safety Administration (PHMSA), an agency of the U.S. Department of Transportation (DOT), and has been an important reference document for more than 45 years. In asserting that there are “systemic problems” associated with the use of the ERG, Dr. Babrauskas fails to provide an objective analysis of the ERG and would potentially cause emergency responders to question the use of a document that, in our collective experience, has been shown to be an effective information resource for first responders. Like any technical resource, the ERG has its strengths and weaknesses, and these should be vetted as part of planning and training processes. Based on our experiences in using the ERG at real-world hazmat incidents, we strongly disagree with the statement that the ERG is “not good enough or safe enough” for use by the fire service and other first responders.

We offer the following points:

There are a number of points on which we agree with Dr. Babrauskas, including the following:

Finally, Dr. Babrauskas states, “An important question is, did the West (TX) firefighters act correctly according to the ERG prescriptions? Unfortunately, the answer is yes.” This suggests that the use of the ERG was directly related to the tragic incident outcome. Investigation of the incident by the U.S. Chemical Safety Board and the Texas State Fire Marshal’s Office found no evidence that suggests the West firefighters consulted the ERG. This statement by Dr. Babrauskas also overlooks the facts, contributing factors, and findings included in both investigations.

The Firefighter Fatality Investigation Report (FFF FY 13-06) issued by the Texas State Fire Marshal’s Office presented a number of findings while emphasizing the following: “Firefighting is not an exact science, and through post-incident analysis of most emergency incidents, it is not unusual that a number of performance problems are identified …. The findings and recommendations listed below are re-statements of lessons that have been identified in previous investigations and firefighter fatalities, and recommendations that have been widely adopted as standard practices within the fire service.”

Unfortunately, we learn once again that the past is not the past but is often the future looking to be relearned.

The esteemed Frank Brannigan often said in many of his classes on building construction and the fire service that firefighters do not go to bed one night and wake up the next morning only to discover that a new structure, facility, or hazmat target hazard was constructed in their community without their knowledge. It is the combined responsibility of our elected officials, government agencies, facility management, and emergency planning and response communities to ensure that emergency responders know the hazmat risks in their communities and have the knowledge to safety and effectively respond to the likely scenarios they will encounter. No single technical reference source, including the ERG, can overcome the significant gaps created in the absence of effective preincident planning, training, and prevention activities that embrace a risk-based “whole community” concept.

Manny Ehrlich
Past Board Member
U.S. Chemical Safety and
Hazard Investigation Board

Vyto Babrauskas responds: Gregory Noll and his colleagues presented a collection of information on several topics, none of which focuses on how to make the ERG a better document, one that gives reliable safety advice to first responders. I would suggest that, since they evidently have a strong interest in the ERG, they consider presenting to the DOT some concrete, detailed suggestions so that the next edition of the ERG would give first responders a better chance of survival. I already have provided an outline of the improvements needed, but to actually develop the details requires a sizable effort, which this group will hopefully undertake to assist with.

Noll states that there is no evidence that the first responders at West, Texas, consulted the ERG during the incident. That is not the point. The point is that they did effectively what the ERG would have them do, and 10 of them were killed in the ensuing detonation. I find it beyond comprehension that the authors of the newer editions of the ERG did not consider it worth their while, as a minimum, to revise the section on AN so as to give better safety instructions. But, as I have tried to convey in my article, there are many other chemicals that present serious dangers to first responders. In the safety profession, it is not enough to be reactive—one must be proactive if significant improvements are to be achieved. Thus, the whole document needs to be improved, not just the Guide dealing with AN.

And, as I also stated, force fitting all chemicals into very broad Guides is not a good idea. There are some chemicals whose hazards are indeed very similar, but there are many that have unique traits. Thus, group Guides may be an adequate scheme for certain chemicals, but chemicals such as AN, which (a) are in very wide use and (b) pose serious life-threat hazards and have some unique traits, need to be addressed individually, not as a group. Just to make this point clear, both AN and calcium hypochlorite are oxidizers, and both are put into Guide 140 of the ERG. Cal hypo is also well-known for numerous very serious incidents. But its main hazard comes from its self-heating propensity, which is not the case of AN, where the main hazard has been attack from an external fire. Furthermore, while the danger with AN is a detonation, the cal hypo explosions have generally been relatively modest deflagrations, primarily because of physical confinement. Putting two such disparate substances into one Guide is a guarantee that well-focused safety information will not be provided.

I wish this group success in helping to develop the needed improvements to the ERG.