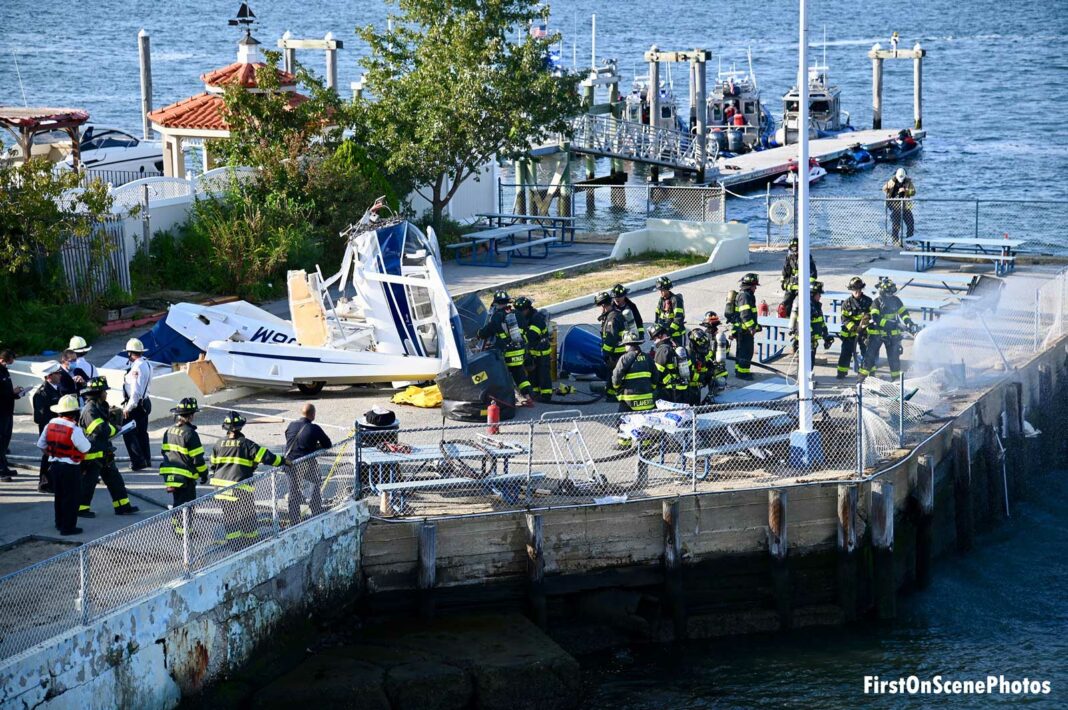 One person was killed and two others critically injured after a seaplane crashed onto a dock late Sunday afternoon, October 4, in Queens, New York.

Officials believe the plane was landing near a Beechhurst pier when it struck the dock and flipped over.

Fire Department of New York (FDNY) land units along with EMS and marine companies were quickly on the scene off 158th Street just west of the Throgs Neck bridge.

Witnesses stated that Good Samaritans on jet skis aided in rescuing some of the injured.