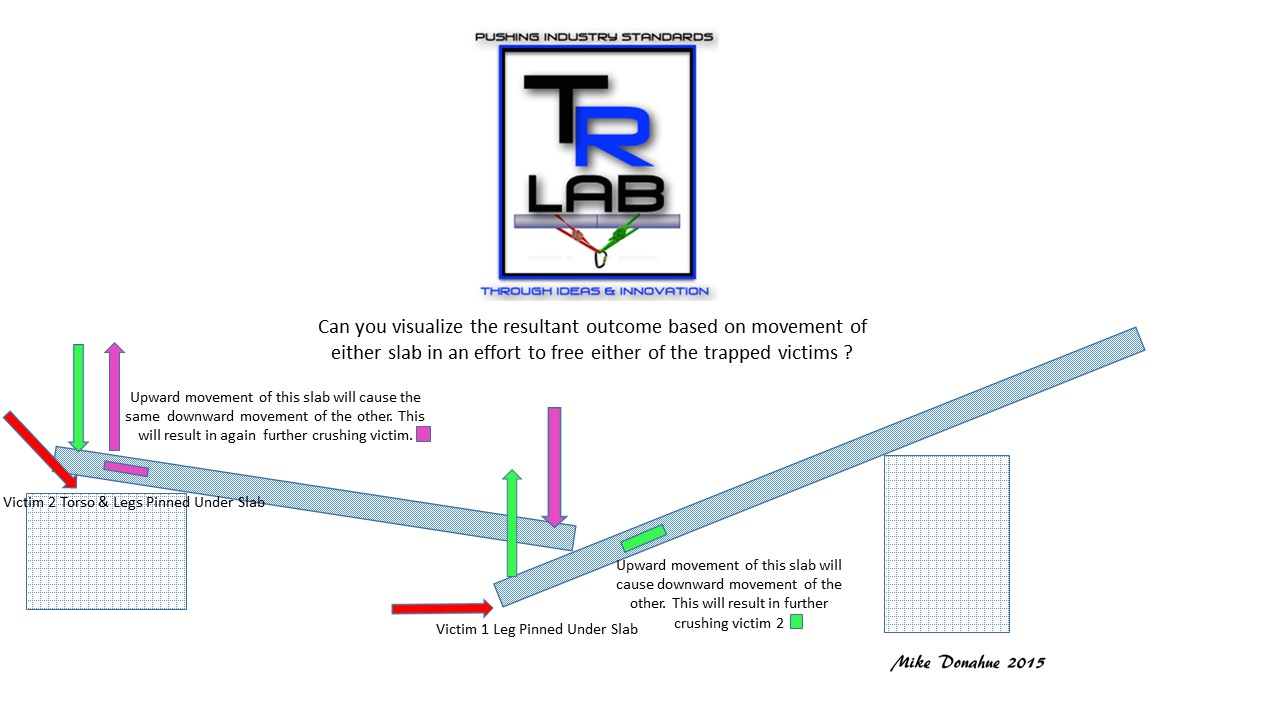 The solid understanding of loads is a vital skill every rescue professional should have. Loads are present and effect every discipline we operate in.

The most important facet of loads we need to understand is how they react to an action we’re performing. Equal and opposite reactions can cripple a rescue operation in the blink of an eye. Rescuers need the ability to visualize the outcome of an action prior to it being performed. The ability to do this will prevent what could be considered a detrimental outcome.

So how is the ability to predict outcomes based on actions before you even take those said actions? The answer you were probably expecting to hear…practice. But practice is only half the equation, the other half being the simple physics behind the discipline your working within.

A loads reaction to an action is purely based on physics. You can either control the result or work within it. Every rescue we respond to is more different than the next, the simple and obvious answer is learn to control the action you are performing, and that begins with understanding its resultant reaction. Consider the situations HERE.

MIKE DONAHUE is a 17-year veteran of the fire service. He has been a volunteer and a federal firefighter and has been a career firefighter in the Elizabeth (NJ) Fire Department for the past 14 years. He is assigned to Rescue Company 1. He is a rescue specialist with NJ-TF1. He is an instructor at Middlesex Fire Academy and Middlesex County College, where he is an adjunct professor and fire science program coordinator.